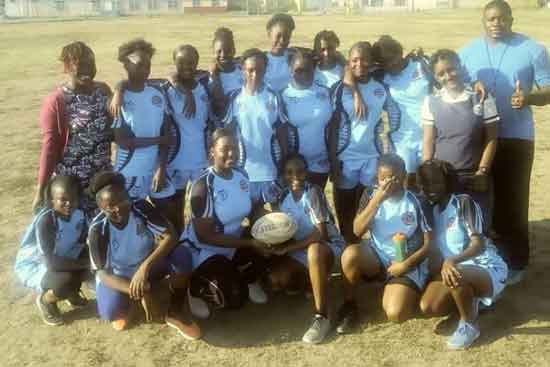 Cedar Grove Academy Tally-Hawks (pictured) defeated Ascot High 8-4 in the first full girls’ game held in Jamaica. The high school sides met in a 9s clash, with previous activity for girls having been a tag tournament.

Ascot’s fleet-footed Krystal Hall wrote her name in the record books with the first try, levelled by Deandra Edwards, and it was the Cedargrovians who broke the deadlock when their head girl and vice-captain Naomi Mohamid broke clear to score the clinching try.

Antonio Baker, coach of the Tally-Hawks and also JRLA director of female rugby league was pleased with the efforts of both teams and the management behind them. “Females are just as eager as males to play the sport, so we are providing them with the opportunity to see what they can contribute,” he said.

Efforts are currently underway to develop a national framework for the women’s and girl’s game at high school, intercollegiate and national level. Currently, conversations are being held with Canada Rugby League to have their women’s team travel to Jamaica in 2020 to play a Test match, with a reverse fixture the following year.

Baker added: “Significant growth and development is the forecast for female rugby league in Jamaica as several stakeholders at high school and university level especially are already seeking ways to get their institutions involved in the sport.”