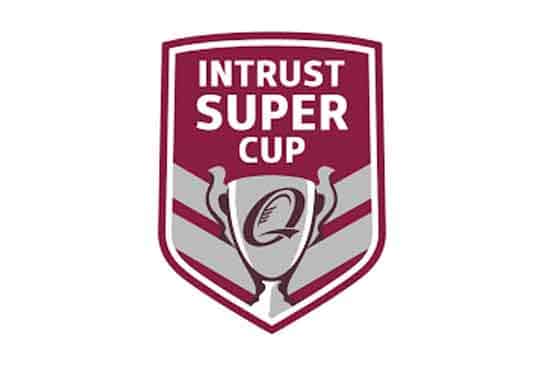 The 2019 Intrust Super Cup competition kicks off this weekend (March 9-10) and it will have a distinct North American flavour to it.

Several players who represent both the USA Hawks and Canada Wolverines will take the field for clubs in the Intrust Super Cup this season.

Eddy Pettybourne (USA Hawks) has moved back to Australia from French club Toulouse Olympique to sign with the Central Queensland Capras for 2019. Ryley Jacks (Canada Wolverines) while on the books of the Tweed Heads Seagulls, is also on the depth charts of NRL team Gold Coast Titans. His brother Rhys Jacks (Canada Wolverines) has moved over to last year’s Grand Finalists Easts Tigers.

While not a Hawks or Wolverines Test player, Jack Buchanan (Toronto Wolfpack) is another individual with ties to North America who signed with the Burleigh Bears in the offseason.

The Intrust Super Cup has a history of unearthing players who are eligible for both the American and Canadian national teams with numerous guys playing in the league at one time or another going on to represent the US and Canada at the international level.

Queensland Rugby League (QRL) competitions manager Dave Maiden says their competitions are aspirational and transitional, which means they provide opportunities for coaches, players and administrators to go on to another level and that could be international football.

“North America is still a fledgling competition in terms of depth and numbers of participants playing the game, so to enhance that with experienced administrators, coaches, players is vital to make sure you guys get the opportunity to expand as well,” he says.

“We’re happy for our players and participants to go over there and I encourage any player and anyone in our game to broaden their horizons if they get an opportunity through rugby league.”

The list of US and Canadian eligible players who have competed in the Intrust Super Cup is growing.

The Jacks brothers also played in that same RLWCQ tournament after catching the eye of former Canadian head coach Aaron Zimmerle when they turned out for the Sunshine Coast Falcons. Tom Dempsey (Easts Tigers) was another Intrust player who was picked in the 2015 Canadian squad.

At the time, Zimmerle was coaching the Tweed Heads club and so was well acquainted with all of these players.

Going back a little further, Offerdahl, Bureta Faraimo (Mackay Cutters), Mark Cantoni (Northern Pride) and Tui Samoa (Redcliffe) all earned spots in the USA Tomahawks squad for the 2013 RLWC in the UK after solid showings in the Intrust Super Cup that year.

And prior to that, Cantoni was in the Tomahawks squad that made an unsuccessful run in the 2007 RLWCQ series.

As well as players, Intrust Super Cup coaches also have connections with the US and Canada.

As previously mentioned, Aaron Zimmerle coached Canada in 2015. Norths Devils head coach Mark Gliddon was named as an assistant coach with the USA Hawks for the 2017 RLWC, before having to step down later for personal reasons. He was replaced by Jamie Dowse, who also coached at Norths.

In February, Terry Matterson was named head of football at Easts Tigers. Matterson replaced Matt Elliott as Tomahawks’ head coach for the 2013 RLWC.

Fans in North America who want to watch QRL matches will be able to do so as some Intrust Super Cup games will be available via the Internet every week throughout the season.

“Both Easts and Wynnum Manly livestream their games and the QRL website will generally direct you to what games are being livestreamed,” adds Maiden.

“It’s certainly our intention to livestream every single game we have within the next two years.”

To see which games are accessible online, go to the QRL’s website qrl.com.au and click on the ‘Draw’ tab on the menu on the left to see matches that are being livestreamed.