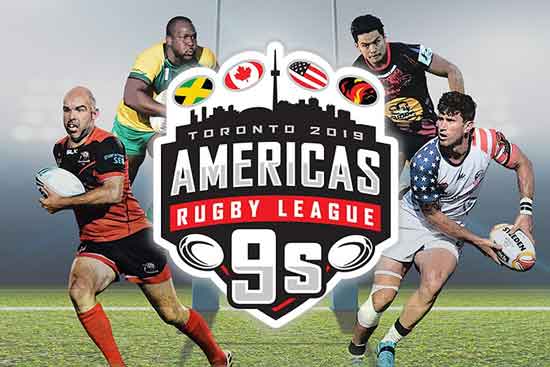 Canada will host three fellow Americas teams at the inaugural Americas Nines Championship this May. Americas Championship stalwarts USA, Canada and Jamaica, along with Emerging Nations side Latin Heat will compete across nine matches and four hours of action.

The tournament will be held on Saturday, May 18 at Lamport Stadium, home to the Toronto Wolfpack with kick-off at 1pm.

Josh Knight, Vice President of Canada Rugby League welcomed the event saying, “Rugby League Nines is an exciting spectacle for the fans, and we are ecstatic to showcase the international version of this game to the fantastic rugby league fans at Lamport Stadium, affectionately known to Toronto Wolfpack supporters as The Den.

“Wolverines are known to protect their dens and we will certainly do that come May 18th, when we attempt to win this wonderful tournament.”

Jamaica head coach Romeo Monteith says the tournament is a landmark event for the region as it looks to bolster a rolling calendar of competition which includes a Nines tournament every two years.

“This tournament brings an exciting product to the Americas and offers players, fans and sponsors a great chance to further celebrate and grow the standing and rugby league in the Americas,” Monteith enthused.

Jamaica will face tough competition as the USA Hawks and Canada Wolverines look to redeem themselves.

“This event provides the Americas an opportunity to look ahead to 2021 with the USA hosting the Americas Nines,” he says.

“This should include more South America participants and hopefully the introduction of Women’s Nines Championship and Armed Forces Cup.

“It’s an opportunity to expose additional players to high level football and we look forward in playing our part in growing rugby league in the America’s through this exciting new tournament.”

About the Americas Rugby League Nines

Rugby league Nines (or simply Nines) is a modified version of rugby league played with nine players on each side competing over two nine-minute halves. Nines is usually played in festivals, as its shorter game play allows for a tournament-style competition with a champion crowned over the course of a day or weekend.