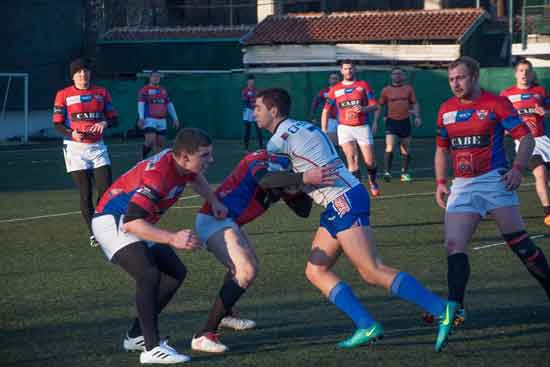 The traditional match to herald the start of the new rugby league season in Serbia, named after the Risman family, saw ‘Team John’ comprising of the Serbia U21s, defeat ‘Team Bev’ made up of their best U23s, 36-24 at the BASK Arena.

In the seventh annual clash, ‘Team John’ retained the trophy thanks to a superb hat-trick from skipper Vladimir Milutinović’s. ‘Team John’ overturned a 14-12 half time deficit to score four unanswered tries in the closing stages.

The SRL season will continue next weekend with the first trophy up for grabs, the Super Cup duel between arch Belgrade rivals Red Star and Partizan.

Meanwhile, this weekend will see the start of the student campaign in Lebanon. The 2019 Lebanese Youth Championship will kick off with an expanded nine teams involved. Officially known as the Scholastic Rugby League, it will again take place in two areas.

The northern tournament includes the U18 teams from holders Tripoli RLFC and El Mina RLFC, together with Sheikh Khalil Hussein Institute, Kfarhazir English School and Amioun Institute, with the teams playing each other once before the play-offs.

Whilst in Mount Lebanon, the territory that includes Beirut, St Joseph’s, Antonin International, Notre Dame and Dhour Shweir schools are involved in a six-round competition that will end with an April final. St Joseph’s have won the last three titles and will enter the competition as favourites.

Gaby Haddad, Mt Lebanon Development Officer, commented: “I’m very happy that we have new schools wanting more games in their curriculum. Dhour Shweir Secondary school is the newest team to join, hopefully they get a great experience in this season’s championship.”

The champions of Mt Lebanon will play the northern group winners for the title of Lebanese champions.

Mohamad Mohsen, North Lebanon Development Officer, added: “Last season’s competition was a success. All the players were extremely excited about learning the game. This season the numbers have gone up as the sport is getting more recognition.”