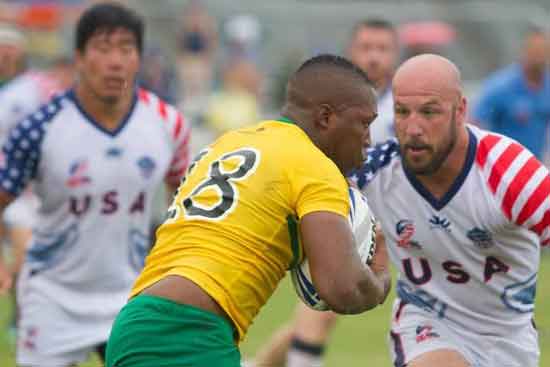 It’s official. The state of Florida will have a fourth team competing in the USA Rugby League (USARL) domestic clubs competition this year.

The Lakeland Renegades will play in the USARL’s South Conference expanding the number of teams in the conference to five, including the current national champion Jacksonville Axemen, Tampa Mayhem, Southwest Florida Copperheads and 2017 national champions Atlanta Rhinos.

The city of Lakeland is located on Interstate 4 between Tampa Bay and Orlando. Perhaps its biggest claims to fame are being featured in Hollywood movies Edward Scissorhands, Endure and The Waterboy. But it also happens to be where former Mayhem player/coach David Ulch and teammates Vert Stephens and Seth Roy all live.

The idea of starting up a new team in the Polk County city was hatched at the end of the 2018 season. Stephens approached Ted Koontz, owner of Red’s Team Sports in Tampa, about becoming an owner of a USARL franchise and bringing it to Lakeland.

As a result, Koontz is the team’s owner, Stephens is the COO and Ulch will be the head coach.

“Ted Koontz played rugby union in the past and Vert was hooked on rugby league ever since this past summer and Vert’s enthusiasm for the sport and to spread the game is what motivated Ted and Vert to start the Lakeland Renegades,” says Ulch, a former USA Hawks player.

“Our main goal is to spread rugby league to Lakeland and create some passionate rivalries with other Florida USARL franchises.”

As Tampa’s player/coach last season, Ulch concedes the decision to leave the club to help establish a new team, even though it’s in his hometown, was not an easy one to make.

“It was difficult to decide to leave the Mayhem because that’s where this all started for me and league,” he says.

“They were the only team I ever played league on and was looking forward to playing and coaching with them for years. But when Vert approached me with the idea of coaching a new franchise in the town I lived in, I couldn’t say no.

“The idea of starting a new franchise, like we did with the Mayhem, was very appealing especially with wanting to spread the sport of rugby league.”

Ulch says he plans to keep playing for as long as his body will allow him to, and that coaching is something he plans to continue doing for the rest of his life.

Despite it still being early days in terms of when the new team will start practices ahead of the 2019 season, Ulch says the Renegades already have players on their roster, including some experienced guys.

He adds that given they’ll have a good deal of experience on the squad, they have set out some early goals which he believes are quite doable.

“Individually, I’d like to develop these guys to be looked at and considered by the USA Hawks and other representative teams, along with potentially playing overseas to develop their skills.”

And how does Ulch see rugby league doing in the States at the moment?

“I believe that rugby league is growing at a good rate,” he says.

“People are becoming more aware of the sport slowly but surely. We’re doing our part by building what we can at the grassroots level and continuing the progress so we can become a successful footy nation in the future.”