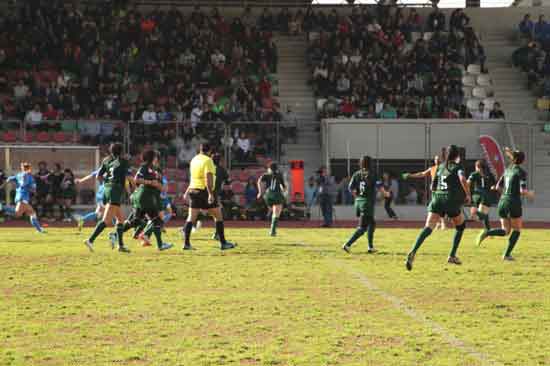 Following elections hosted and presided over by the Ministry of Youth and Sport in Beirut, the Lebanese Rugby League Federation has announced its new administrative board. The six-strong group, which is mandated until January 2023, includes four independent directors and two nominated by the clubs.

The move towards an independent board was part of a key strategic decision made early in 2018 to provide a fresh perspective and identify specific skills to take the organisation forward, principally led by officers free of affiliation.

The four new independent directors are: international corporate lawyer Assaad Feghali, a partner in one of Lebanon’s leading legal practices, who was elected president; media and sport lawyer Ramy Aoun, named vice president; London-based Karl Bistany, an experienced sports marketing consultant with a client list that includes UEFA, leading broadcasters in Europe, Africa and Asia, the Bundesliga and the Premier League; and Jad Abinassif, an operations manager in the technology sector who represented Lebanon in the 2008 RL World Cup qualifiers.

Two of the previous board were re-elected, Mikhael Shammas, president of Wolves RLFC, who is the new treasurer; and Remond Safi, president of Tripoli RLFC, who will serve temporarily as general secretary in the transitional phase.

Feghali, 45, from Rabieh, just outside Beirut, commented: “I look forward to further growing the LRLF and inputting my knowledge and skills, together with the new board members, to strengthen and develop our organisation. I would like to thank my predecessor Mohamad Habbous who gave 16 years of duty, guiding the federation through its difficult formative steps. Mohamad was universally respected and we all owe him a huge debt of gratitude.”

Bistany added: “I am honoured to have been invited to join the board. Whilst there has been a lot of progress since 2002, the future promises significant opportunity and I look forward to working with my fellow members to continue growing Lebanese rugby league, both domestically and internationally.”

Chief among the board’s tasks is the long-term development of community clubs by giving them an environment to thrive. The adoption of new regulations last year, which will be incorporated within a revised constitution, will provide more stability, and the federation will now work closely with the ministry to improve club administration and consultation.

Tripoli RLFC director Dr Jihad Achkar, said: “As a founding member of the LRLF and the first rugby league club in Lebanon, we continue to be committed to the advancement of rugby league in Lebanon. We and the other clubs have high hopes for the newly elected LRLF board to steer the sport and raise the standards, and we look forward to working with them as they put forward their strategy for the next phase.”

The board accepted Safi’s resignation as LRLF CEO, following eight years in post and 13 employed with the governing body in total. He will focus solely on his expanding role as the sport’s Middle East Africa regional director. The board will recruit a new CEO and reconstitute its Australian entity, which is legally managed by the board in Lebanon, through an open election process.