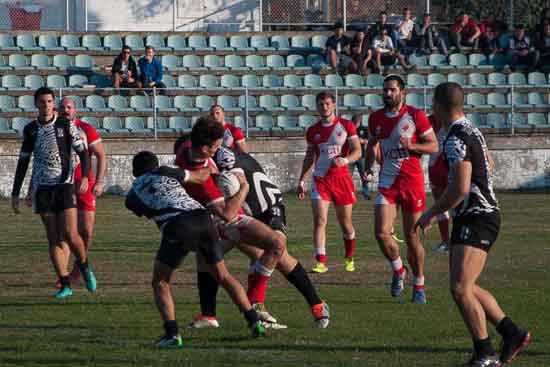 Rugby league’s most geographically spread club competition, the Balkan Super League, will be further expanded when it kicks off in April 2019.
The third year of the tournament will see it encompassing 14 clubs spread over two divisions for the first time, with eight nations involved following the inclusion of first Italian side Lignano Sharks.

Eight clubs will feature in the first division in two pools of four, with previous winners Red Star and Partizan, both from Belgrade, the respective seeds. Lignano will be in the same pool as holders Red Star, along with their Serbian rivals Dorcol and Greek club Aris Eagles.

In the second division, Group A will feature Montenegro’s South Region from Tivat, FIS Vitez of Bosnia Herzegovina, and Albanian’s CR Tirana. Turkish side Ankara Phrygians are in Group B, alongside Serbia’s Red Kangaroos and Radnicki Novi Beograd.

“After months of open discussion amongst the participating clubs and federations involved, we shaped this year’s format and are confident that it will produce the best championship so far,” said BSL commissioner Dragan Pavlovic. “We are returning all the previous countries involved, while the major addition is having Italian rugby included with Lignano.”

“We are very happy to be able to enter such a prestigious and high-level tournament,” noted Sharks team manager Davide Macor. “For us it will certainly be a great sporting and human experience. We are working hard to guarantee the best event for our visitors. We are ambitions but we are aware that we will face teams of great prestige. We face this with enthusiasm and desire.”

BSL founder and RLEF Central & Eastern regional director, Jovan Vujosevic, commented: “We are very proud that our initial idea of just spreading the rugby league spirit in region is growing in to serious championship. There is interest from other countries and in the future we see the BSL as the biggest driver to elevate the level of the sport in the region.”

In both divisions, the two best-placed teams in each group will enter the play-offs and contest the semis, with the respective Grand Finals set to be staged at the home venue of the highest ranked side.