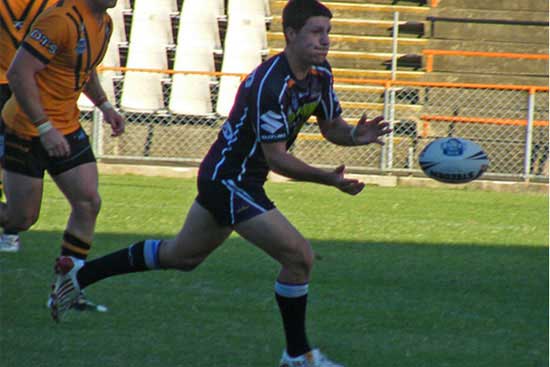 There’s a lot of talk in recent weeks about the marquee signing and the possibility of the Super League extending its use. Chief executive Robert Elstone said that clubs are interested in doing so, with a number of them open to discussion. However, as we all know, all clubs need to ratify the decision, and that’s where we may hit a stumbling block or two.

But has the marquee signing actually been good for rugby league? Elstone seems to think so, and feels that more high-profile recruits to the English game can only be a good thing. And we’re inclined to agree.

While we hate to compare league to union (here we go again), the fact remains that union has raised its profile significantly since they introduced their professional league, allowing them to sign high-profile foreign players that were until then uninterested in playing for little or no financial gain. They then brought in the ‘excluded players’ rule, which allowed them to have two players in their squad who are not included in the salary cap. A move that saw several big-money transfers happen almost immediately.

The changes in union brought even greater attention to the club game, and as a result, the international scene has gone from strength to strength. The six nations 2019 look set to be the most popular yet, with Ireland standing out as clear favourites, but only die-hard league fans even know when the next four nations actually takes place. With this in mind, anything that can potentially raise the profile of rugby league has to be a good thing. And if clubs being able to spend big on one player is the way to go, then so be it.

Since the rule was introduced back in 2015, local clubs have been able to sign two marquee players just as union clubs can. While many clubs don’t actually use the facility, it has been instrumental in helping clubs and the league retain the best talent.This can only be seen as advantageous for the international teams.

This year, Leeds Rhinos have already made two marquee signings, while England international Gareth Widdop is set to return home from the NRL and play alongside Blake Austin at Warrington in 2020. Of course, in Widdop’s case, there’s the fact that the player himself has always wanted to experience rugby league in England having moved to Australia as a 16-year-old. But the fact is that not too long ago, a move such as this would have been impossible due to the strict salary caps placed on clubs.

It is signings like this that have seen the game become more exciting and popular among casual observers. Last year’s attendance figures were on the increase, with the likes of the Leeds vs. Castleford match at Elland Road being a highlight with a crowd of 23,000. St Helens and Hull KR have also sold out a few games, and while there will always be smaller crowds at some matches, the signs are that if people know about the game, they will come.

Nothing brings more attention to the game than the marquee signing, who is, by definition, there to impress the crowds and add that ‘wow’ factor to a team sheet. And incidentally, we’re not actually talking about ‘wow’ in terms of skills on the field (although that does help.) We’re talking about the kind of player that makes casual observers say ‘wow, the club signed him? That’s a big deal, right?’

But let’s get back to the actual rugby. The fact is that marquee signings have improved teams’ chances of making the final, and there are now only six teams who are 12-1 or less to win the Grand Final. According to Elstone, if we take away marquee signings that number may drop to only three or four teams who have an actual chance of winning the biggest prize. So in terms of competitiveness, there’s no doubt the rule has had a massive impact.

Hopefully, the clubs will all agree that the marquee signing is a good rule. While some clubs still cannot afford to make those signings, let’s hope that they can see that the game is improving both commercially and at a grassroots level thanks to the heightened public interest. It may not be the best rule change in the history of the Super League, but it’s pretty close.