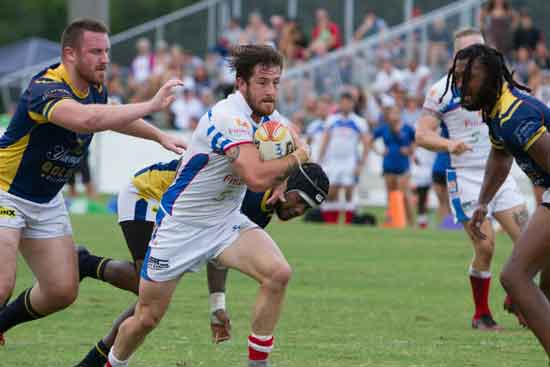 USA Rugby League LLC, the division of the league that runs the domestic club competition, is scheduled to hold its annual general meeting this weekend to review a variety of issues.

It comes on the back of a successful 2018 season in which the league’s 11 teams played out what was for the most part a very healthy competition.

As we reported earlier this month, it’s envisaged that there will be no teams dropping out this year, as was the case a year ago when the Central Florida Warriors and Rhode Island Rebellion withdrew, and in fact, there could even be one or two new clubs added to the 2019 competition.

Those last two items on the agenda could be cause for some lively discussion among board members and club representatives, not in a negative way, but in a positive light as the league looks ahead to this season and beyond.

In the days of the previous national governing body, the American National Rugby League (AMNRL), close ties had begun to be forged between America, Australia and the RLEF in terms of getting more referees and coaches accredited.

The AMNRL, in conjunction with the Australian Rugby League (ARL) and Queensland Rugby League Referees Association, established a referees recruitment plan in 2012. The AMNRL set up training clinics and online resources to help in the training and development of referees and touch judges.

However, that has tapered off since the AMNRL’s demise.

The issue of a potential new Midwest Conference in 2020 is another hot topic. Again, it was back in 2012 when the Midwest had its only season.

It was a three-team developmental league that year, but as we reported earlier this week, there is a renewed push by the Midwest Rugby League (MWRL) to establish a new four-team conference by next year.

What needs to be determined is if a Midwest Conference is approved, and there doesn’t seem to be any reason why it shouldn’t be, would it be an adjunct to USARL, or would it come under the LLC’s operational umbrella as do the existing North and South Conferences?

The AGM is slated to be held in White Plains, NY, on January 12th and 13th.