Rugby League Planet
Home Other England should play to their strength, they should attack
Facebook
Twitter
Linkedin
Email 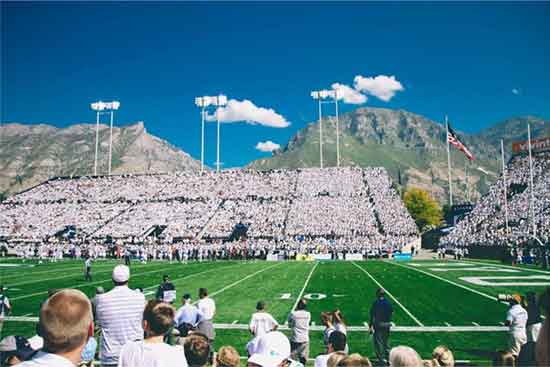 Even though they are not playing particularly well England have shown over the last few matches that they have the fight in them. Much has been made of the attacking prowess of this England squad but they aren’t playing an attacking game of late. It is about time they start fielding a team that takes the game to their opposition and attacks all out.

There is a case against playing with an attack first mentality given how England let slip a 15-0 lead against New Zealand last week and lost the game ultimately. But instead of stressing on how England lost the grip on the game a more constructive way to look at the game would be to focus on the manner in which they raced up to a 15-0 lead. That was some brilliant attacking approach to which the All Blacks had no answer.

Now the tactics of the England should focus on protecting such lead and not start with a defensive approach from the off. The England team should play to its strengths.

Eddie Jones, the national team coach, understands that his team needs to be at their very best in the upcoming fixtures against Japan and Australia, the final two games of the Autumn International Tests. Therefore he’d likely make very few changes to the team that started against New Zealand. That said a couple of injuries and the congestion of fixtures could force his hands to make a few tweaks.

Alex Lozowski is available for selection again after his 4-month ban. Even though he does not have the match rhythm he can surely come on later in the game to make an impact. Maro Itoje would also feature for the sake of consistency in midfield even though it is evident that he needs rest.

Paul Gustard was replaced by John Mitchell as England defence coach. That might have been the cause of a couple of mediocre defensive performances by England. However the appointment seems to be a positive one and John Mitchell has given the fans cause for optimism.

John Mitchell demands that his team be swift and aggressive in defending. The tackle completion rate is key to his philosophy along with how the players position themselves. Moreover he stresses on importance of the defence’ contribution to the attack which is a positive side for the overall attacking style England needs to adopt.

Promising games for the punters

England meet Japan and Australia before the end of November and both games are promising in terms of betting. Punters will be excited with the recent turn of events.

First they face Japan whose team consists of amateurs who are originally company employees. No offense to the opposition but England should cruise to victory against them. And England will put their attacking talent to the test against them so this promises to be a high scoring game. Odds are heavily in favour of England. On top of this trusted betting sites have launched exciting offers so that you can maximize your winnings without risk.

The game against Australia will be a tough test given their desire to overturn their miserly set of results of late. They haven’t been playing particularly well so England have the upper hand. This too could end up being a high scoring game.