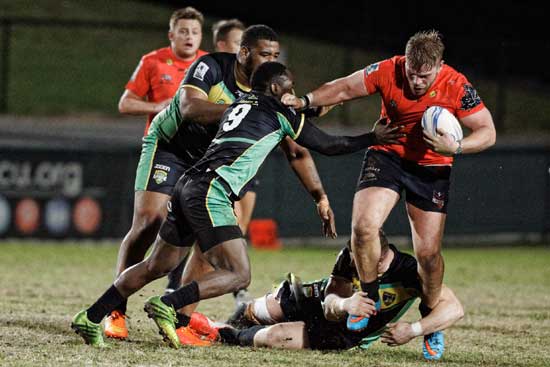 The 2021 Rugby League World Cup Americas region qualifiers have been staged and the winners have been determined.

Jamaica has qualified for the next World Cup to be held in England.

It will be the Reggae Warriors’ first appearance at a Rugby League World Cup.

On the latest episode of the USA Rugby League podcast, the series is reviewed with the coaches of all four teams that competed, including Romeo Monteith (Jamaica), Sean Rutgerson (USA), Ben Fleming (Canada) and Rod Millar (Chile).

The RLIF also gives its take on the whole thing via tournament organizer Danny Kazandjian.

The entire show is devoted to the qualifying series and you can check it out at https://soundcloud.com/user-824093219/usa-rugby-league-show-15