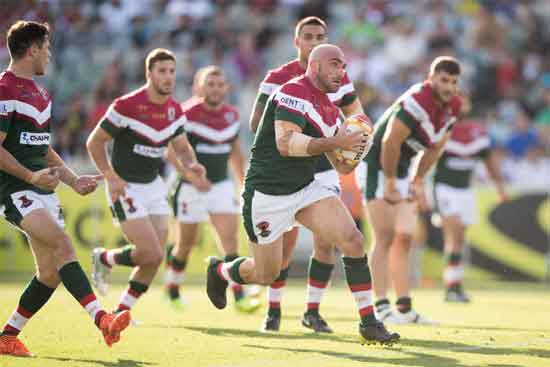 Following their recent AGM, the Lebanese Rugby League Federation has announced record, audited turnover of $618K AUD for the last financial year – which does not include their participation in the 2017 Rugby League World Cup – posted their first positive balance sheet in 16 years, and reported on improved domestic standards. The current board has stepped down, leaving future nominees with an ideal platform from which to take the sport forward in the country.

LRLF president Mohamad Habbous, whose final official act will be to preside over the electoral assembly, said: “The AGM was very positive. Signing off two sets of audited accounts, in Lebanon and Australia, which show the LRLF in the black was very satisfying, and a further sign of the good practices within the organisation. I am very pleased that we will be handing the federation over to the new board with money in the bank and debt free.

“It was great meeting the new board candidates who are all keen on embarking upon the next era of Lebanese rugby league’s journey.”

The AGM followed 12 months of governance reforms by the federation with the adoption of a new membership policy, participation agreements for clubs and operational rules.

Lawyer Anthony Letayf, an original Liban Espoir tourist in 2003, was appointed chairman of the judiciary for the 2018-19 domestic season, the Collegiate Rugby League (CRL) for universities currently underway.