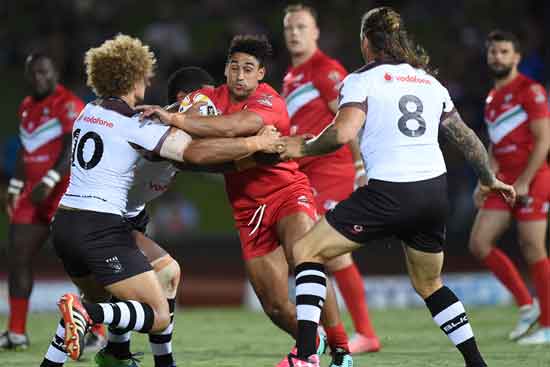 Respective head coaches John Kear and Stuart Littler have named their squads for the 2021 World Cup qualifying showdown between Wales and Ireland in Wrexham tomorrow, (Sunday, kick off 3pm); the final game of the 2018 European Championship.

Ireland, thanks to their superior point’s difference, need a point to achieve automatic qualification whilst the defending European Champions, Wales, have to win.

The nation that misses out will become first seeds in next year’s final World Cup European qualifier, along with Scotland; Italy, Russia, Spain and either Greece or Norway joining them.

Jake Emmitt returns for the Dragons, and John Kear commented: “Sunday’s a massive game for us. We’re all aware of what the rewards are. Regardless, you’ve got to go through the processes to earn success and we’ve been trying to emphasise that the players have got to do the ordinary aspects very well.”

Kear added: “We’ll be in and amongst it but I’m fully aware of how good Ireland are. There are four lads who I’ve coached a great deal and they’re very good players. It’s a heck of a challenge, but we’ll certainly be in with a chance.”

Ireland are unchanged and buoyed by a spirited second half performance against France in Dublin last weekend.

“We are looking forward to this Celtic challenge,” said Littler. “Wales had a fine win last week up in Scotland and look very dangerous when on the front foot. I’ve no doubt John will have them fully pumped up for this game but it also means a lot to our squad on our final get-together of the year.”

Littler confirmed: “So far we have introduced nine new caps as we change the face of Rugby League Ireland and to secure a World Cup place early would be massive.”