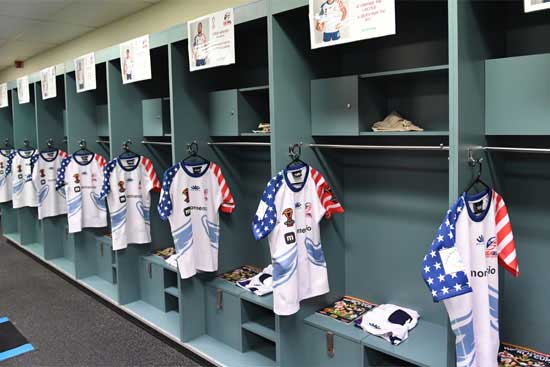 Hull FC winger Bureta Faraimo, who scored 19 tries in 29 Super League matches this season, is the highest-profile name in USA’s 21-man playing squad for the 2018 Americas Championship, which will also act as qualifiers for the 2021 Rugby League World Cup.

The University of North Florida, Jacksonville, will host two double-header rounds on 13th and 17th November 2018, and in the opening fixtures the Hawks take on Chile, the winners facing either Jamaica or Canada.

Head coach Sean Rutgerson’s selection is a mix of players with previous international experience – Faraimo set to win his eighth cap, having made his debut during the side’s 32-20 win over Cook Islands at Bristol in the 2013 World Cup – and others in line to make their Test debut.

The squad contains nine domestic-based players from six clubs, and Rutgerson believes the squad is as strong a combination as possible that he, and assistant coach Brent Richardson, could select.

“I’m really happy with who we have and am more than confident they will be able to do the job for the USA,” he said.

“We have a lot more experience than last time, at the 2017 World Cup, and hopefully we are a lot fitter.

“We are expecting the other nations to be a whole lot better as well, so it should provide a great example of our game to all the fans here.”