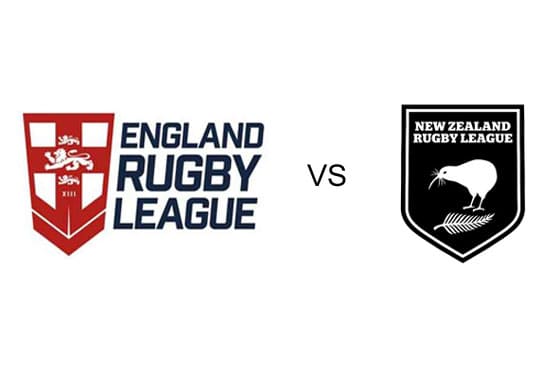 England and New Zealand have announced their teams for the first rugby league Test in Hull, with the Kiwis naming an unchanged line-up from their win over Australia.

New Zealand shocked the Kangaroos in Auckland two weeks ago with a 26-24 victory. Coach Michael Maguire has retained faith in the team that did the job for himin Auckland.

Dallin Watene-Zelezniak remains at fullback, in his second game as Kiwi captain, for the tussle at the KCOM Stadium. Youngster Brandon Smith again gets the nod at hooker, with a rookie centre pairing of Joseph Manu and Esan Marsters.

Outside of Shaun Johnson and Adam Blair, it remains an inexperienced New Zealand line-up. Jahrome Hughes and Joseph Tapine are expected to be the two players that are left out of the XVII.

“What we achieved in New Zealand against the Kangaroos was a start and the players recognise it was just that – a start,” Maguire said.

“Our focus since leaving New Zealand has been fixed on this first test. We have a group of players here who are exceptionally passionate about playing for the jersey.

“I’ve seen that. There are great signs for where we’re going, but we need to make sure we do everything right this week.”

In contrast, England coach Wayne Bennett has sprung a few selection surprises with their 19-man squad, with Sam Tomkins to play his first Test in four years. Tomkins, usually a

fullback, is expected to play in the halves.

Jonny Lomax will start at fullback with utility Jake Connor in the centres. Surprisingly, Mark Percival has been left out with Wigan centre Oliver Gildart to make his international debut.

Jermaine McGillvary and Tommy Makinson wull play on the wings, with Tom Johnstone overlooked. Up front England have a wealth of experience with the likes of James Graham, Chris Hill and captain Sean O’Loughlin to call on.

John Bateman will pack down in the back-row alongside new Canberra teammate Elliot Whitehead, with O’Loughlin at lock. Daryl Clark will back-up Josh Hodgson at hooker from the bench, while St Helens prop Luke Thompson will get his chance to impress from the bench.

Richie Myler and Percival are anticipated to be the two players omitted from the match-day squad. England are missing a number of key players through injury, including Sam Burgess, Gareth Widdop, Ryan Hall, Kallum Watkins, Luke Gale and James Roby.