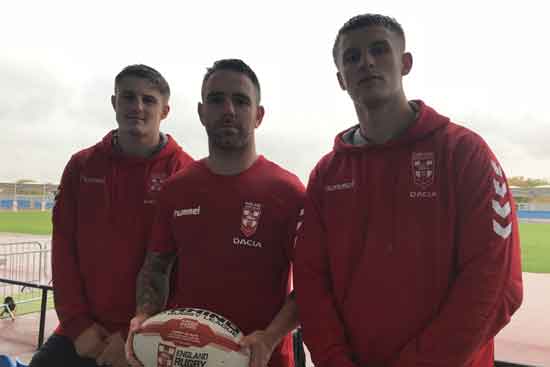 Richie Myler has been called into the England squad for this autumn’s internationals against France and New Zealand.

The 28-year-old Leeds Rhinos scrum-half, who has six England caps plus two appearances against the Exiles, fills the place vacated by the withdrawal of Castleford’s Luke Gale through injury.

He trained with England in Manchester today, and will be in contention for Wednesday’s one-off Test against France at Leigh Sports Village – which is followed by a three-Test series against New Zealand.

In addition, England have called up six players from the England Knights squad to add to their selection options for Wednesday’s Test against France.

They will rejoin the Knights after Wednesday night’s game, with the squad departing on Thursday for a three-week trip which includes two internationals against Papua New Guinea in Lae and Port Moresby.

The call-ups were necessary because of the involvement of nine of England’s squad in Saturday’s Betfred Super League Grand Final at Old Trafford between Wigan and Warrington. These players will come into the England camp following the France Test.