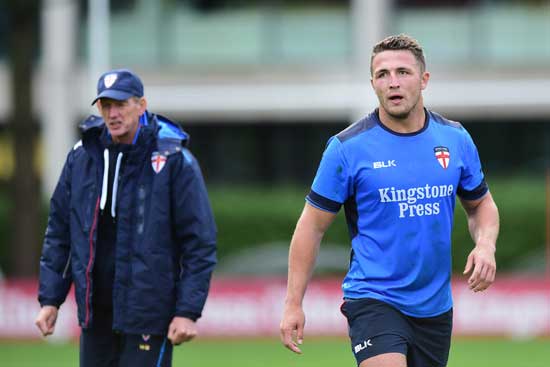 Sam Burgess has withdrawn from the England squad for this autumn’s internationals against France and New Zealand to have shoulder and wrist surgery.

The 29-year-old South Sydney forward, who has won 23 caps and captained England in last year’s World Cup final, said: “I’m gutted that I have had to withdraw from these matches as I love playing for my country and it is a great honour.

“The reality of the situation is that it’s imperative that I get these surgeries done, and with a view to the next three or four years, I need to get them done now.

“I’ll be watching on from Australia and cheering on England against France and New Zealand, and I’m sure the team will do England proud.”

England will name a replacement over the weekend, allowing coach Wayne Bennett to assess contenders in tonight’s second Super League semi final between Wigan and Castleford.

They face France at Leigh Sports Village on October 17, then play a three-Test series against New Zealand at the KCOM Stadium in Hull (October 27), Anfield in Liverpool (November 4) and Elland Road in Leeds (November 11).

Burgess’s younger brothers and South Sydney team-mates Tom and George are both in the squad, two of five Australia-based players along with James Graham, Josh Hodgson and Elliott Whitehead.