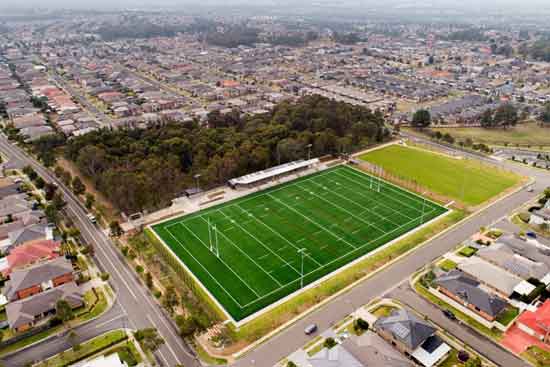 The Blacktown City Council has come to the rescue of the Emerging Nations Rugby League World Championships offering a new state-of-the-art synthetic field at Kellyville Ridge to be used for the first time on Sunday (7 October) after heavy rain closed Sydney metropolitan venues.

Round three of the Rugby League International Federation event will have the prestigious opportunity of christening the $6 million floodlit facility, believed to be Australia’s first all-weather synthetic Rugby League pitch, after extreme flooding and venue closures forced organisers to make alternate plans.

Rugby League International Development Manager Tas Baitieri said: “We are incredibly grateful to the Blacktown City Council for their generosity in giving us access to this wonderful facility.

“Without their support, we would not have been able to play on Sunday. We are hopeful of returning to the other venues for the rest of the tournament once the weather eases.”

The Emerging Nations World Championship kicked off on Monday 1 October and features 30 matches over two weeks across Western Sydney, culminating in the final on Saturday 13 October.