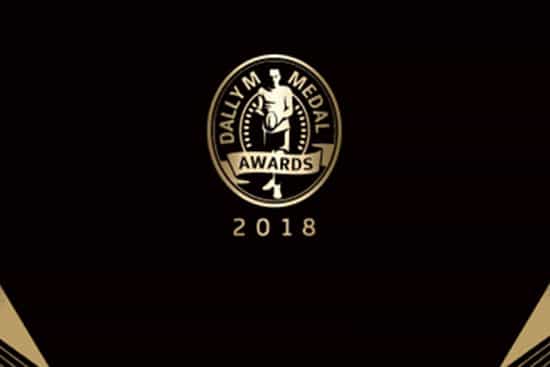 Tuivasa-Sheck topped the tally in a dramatic final round of voting, edging out Newcastle Knights fullback Kalyn Ponga and Cronulla-Sutherland Sharks’ Valentine Holmes.

None of the top five players on the final leaderboard – Tuivasa-Sheck, Ponga, Holmes, Luke Brooks and Mitchell Pearce, had ever won a Dally M Medal previously.

Tuivasa-Sheck polled 29 points in a glittering ceremony at the Overseas Passenger Terminal, overtaking Ponga in the final round.

Melbourne Storm skipper Cameron Smith, just days away from his third consecutive Grand Final, was awarded Captain of the Year honours, while his teammate Cameron Munster won Five-Eighth of the Year.

Blake Ferguson from the Sydney Roosters, who will oppose the Storm on Sunday at ANZ Stadium, took out Winger of the Year honours.

The Rookie of the Year award was taken out by Brisbane Broncos flyer Jamayne Isaako, while the Dally M Female Player of the Year was the Broncos’ Brittany Breayley.

“This is a night we can celebrate the incredible feats of our players,” NRL CEO Todd Greenberg said during the ceremony.

“Our players are the reason we have seen crowds, ratings and memberships increase this year.

“Our players played such a key role in the rise in participation this year – because young girls and boys want to be like them.”

In a special presentation, former St George player Steve Morris was officially added to the record books as the first recipient of the Dally M Medal.

“Steve has never been recognised since,” Mr Greenberg said. “But our records will be updated to show that he won the first Dally M Medal.”