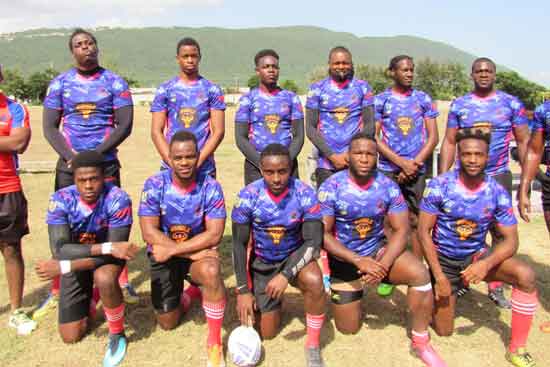 Only in its third year, the National Knock out Cup has attracted a record 12 teams for the 2018 installment. Last year’s semi-finalist Duhaney Park Redsharks, GC Foster College Lions, Jamaica Defence Force Warriors and Spanish Town Vikings all received a bye in Round one which kicked off on Saturday September 22 at the Duhaney Pak Mini Stadium.
Round 1 Results

The competition continues this Saturday some big quarter-final matches at Up Park Camp. Defending Champions Duhaney Park faces CMU at, Mico goes up against Spanish Town, UTech will battle the JDF and Mountain View takes on 2017 runners up, GC Foster College. Games begin at 1pm.

Director of rugby Romeo Monteith is particularly pleased with the expansion of the competition:

“It’s remarkable to see 12 teams battle in this year’s competition. Mountain View, St. Bess and Cedar Grove are all newly formed community teams. In addition, having Mico and UTech debut from the intercollegiate ranks adds prestige to the competition. The only missing component is corporate sponsorship for Jamaica’s largest rugby competition. “