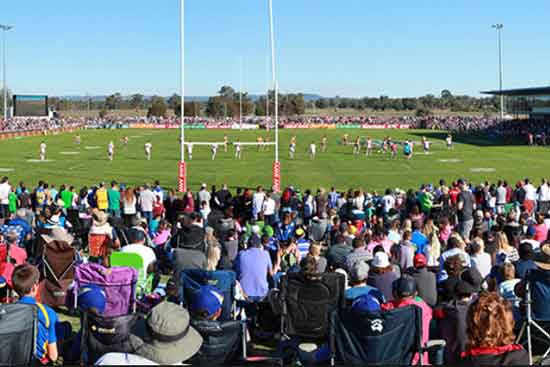 Other key highlights include:
• More than 100,000 participants in NSW for first time
• Growth of 5.5% in NSWRL figures for the first time in five years
• 5.4% growth for CRL
• Growth in Queensland of 1.82%
• 16.7% growth in Western Australia
• Record participation levels in Victoria

Chairman of the Australian Rugby League Commission Peter Beattie said the figures released today reflect the unified effort the game and its stakeholders have placed in grassroots in recent years.

“We have a mandate to ensure we have more people playing, enjoying and staying in rugby league, so positive results like today validate the effort clubs, states, development officers, administrators, schools and volunteers put in to the game,

“The continued growth in participation amongst women is particularly pleasing and is off the back of the implementation of a number of programs and pathways that now go from the grassroots, right through to the elite.

“So too, the fact that we’ve seen record growth figures in Victoria, Western Australia and New South Wales, who have broken the 100,000-registered participant mark for the very first time.”

The number of players staying in the game improved slightly with a 1% retention increase on 2017 figures and there were more young boys playing rugby league than at the same time last year.

NRL CEO Todd Greenberg was pleased with the results, but reiterated the importance for the game to continue the work in recruiting and retaining even more girls and boys to the rugby league family.

“As a game we need to work hard to ensure women, men, girls and boys want to play our sport, amid significant competition from elsewhere,” Mr Greenberg said.

“Participation will always remain a challenging area of the game which we will dedicate significant time, money and resources to and I couldn’t be happier with the direction we are heading.”

The NRL will undertake targeted pilots of the Player Development Framework in 2019, a collaboration with rugby league’s major stakeholders in Australia and identified academics.