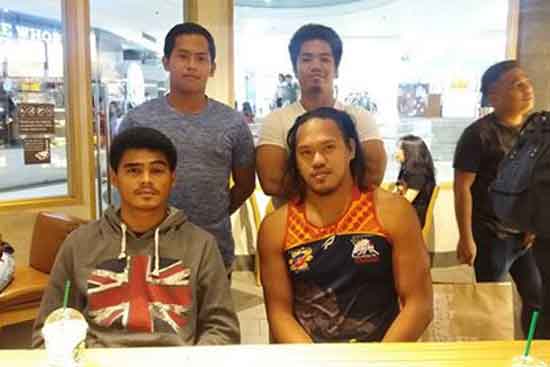 The Philippines National Rugby League (PNRL) thoughts and prayers are with the Filipino people affected by Typhoon Ompong.

The PNRL again makes history in the middle of Typhoon season in the Philippines.

On the 15th October 2016 the inaugural Rugby League season was played under the deluge of Typhoon Karen.

Last Saturday the 15th of September with Typhoon Ompong making landfall. The first local PNRL organizing committee met at Glorieta Starbuck at 3PM to plan the 3rd season of the Estepa Elefante Cup.

Even with history being made this first committee comprising of:

were discussing all the routine agenda items of any committee running a Rugby League competition:

This first PNRL local organizing committee of John, Al, Billy and Yadhi have made Rugby League history in the Philippines by laying the foundations for the future management and control of “The Greatest Game of All” by Filipino locals.