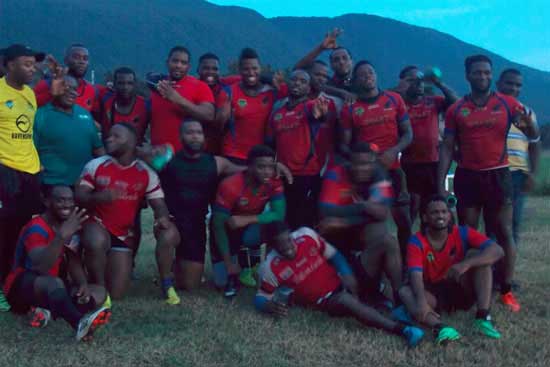 The RLATG National Club Championship will conclude on Saturday, September 15, with top seed and defending National Champions Duhaney Park Red Sharks meeting the Jamaica Defence Force Warriors in the finals. The match will be contested at the Duhaney Park Mini Stadium, with a 4pm start time.

In the Semi-Finals last week, Duhaney Park had an impressive 42-06 win over Liguanea Dragons while the JDF came up with a big effort to upset the number two ranked GC Foster Angels. Both losing Semi-Finalists will clash for third place at 2pm.

Director of rugby Romeo Monteith is pleased with the 14th staging of the championship:

“It has been a good year for the championship. All matches were played in good spirit and the fans have enjoyed the spectacle. All 6 clubs really went at it and we have two deserving finalists. The Red Sharks have only lost one game all season and look really sharp. They have heavy fire power in winger Andrew Simpson with 19 tries and forward Andrae McFarlane with 8. They are the real deal.

JDF could spring a surprise if their usual weapons of Shaneal Brown (8 tries) and Ethon Dwyer (5 tries) get going. They are a massive unit and on their day can turn over any team.”

Duhaney Park is chasing history as a win would see them break their 5 a-piece deadlock with Vauxhall Vultures for most National Titles. The JDF will be doing their best to spoil the party and add to their tally of 2 titles, both won in 2007 and 2008 against the Red Sharks.