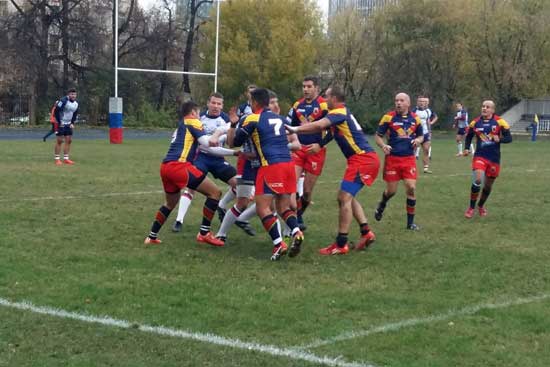 Spain, Russia and Serbia have begun their preparations for October’s European Championship B, which doubles as a qualifier for the 2021 Rugby League World Cup in England. The top two nations will join Italy, the winners of Euro C and the bottom two nations from the European Championships in a final qualifying tournament in a year’s time.
Spain host the opening game against the Russians in Valencia and administrator Aitor Davila commented: “It is very big news for our organisation to once again be involved in a RLWC qualification tournament. It will be our first time competing at this level, so we are very interested to see just what role we can play.

“At the same time, taking part in this type of competition helps us to be recognised as a sport in Spain and increase interest in XIII del Toro. Being involved in an elite level environment will give our domestic players a lot of experiences and information to take back to their clubs and continue our growth.”

Head of the Russian Federation of Clubs, Denis Korolev, noted: “Participation in international matches always has a positive impact on development. I am glad that our team regularly participates in Euro B, thereby attracting interest to rugby league in Russia. Such games give great experience to our players and increase their level of mastership.”

Predrag Pantic, president of Serbian Rugby League said: “We are very excited for our Test side to get back into competitive rugby. We are beginning a new long road that hopefully ends at WC2021. Itis very important to have a good start. Last time around we won this competition which makes us favourites, a role that we have to embrace.”

“Mostly we have returning experienced players but also we want to give opportunity to some younger boys, especially after the encouraging results at the U19s Euro in Belgrade last month that gave us such a good exposure.”