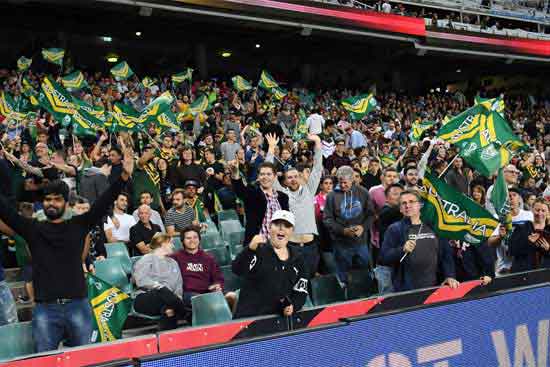 The Australian Kangaroos will take on Mate Ma’a Tonga for the very first time in an end-of-season Test on Saturday October 20, 2018.
In a major boost for the growth of the international game, the historic match will take place at Mt Smart Stadium in Auckland the week following the New Zealand-Australia clash.

“This is a fantastic result for all fans of Rugby League and the continued growth of the international game,” NRL CEO Todd Greenberg said.

“Many people have worked tirelessly right around the globe to ensure this match takes place.

“I’d particularly like to thank the NZRL for their efforts to ensure this match eventuated on New Zealand soil, along with the RLPA and the players.

“Tonga are the fourth-ranked team in the world and have fully earned their right to take on the World-Champion Kangaroos.”

Kangaroos Coach Mal Meninga said the match would be an enormous boost for the international game.

“This will be a great occasion and it is something I know the players are excited about,” Meninga said.

“This will be an important game not only for the Kangaroos but for the international game.

“As a game it’s important to capitalise on the success of the World Cup last year, and particularly the success of Tonga and the other Pacific nations.

“Tonga’s performances last year captured the imagination of so many people in the game and I’m sure the game in Tonga will grow even more with games like this taking place.”

“Fans from Auckland, New Zealand and around the world packed Mt Smart Stadium for the Rugby League World Cup semi final last November, and it’s exciting to think we could repeat a sell out again, over New Zealand’s long Labour Weekend, less than 12 months on.”

Tickets will be on sale for General Public tomorrow (Thursday, 6 September) at 10am AEST (12pm NZT).