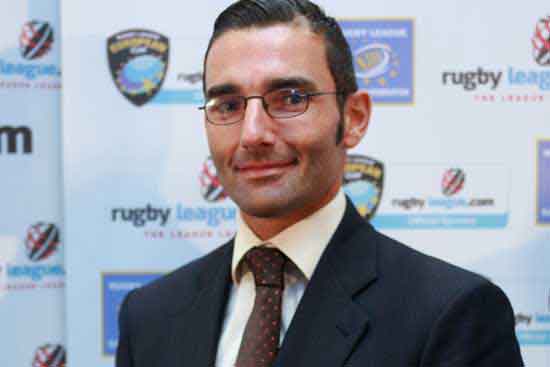 With RLEF general manager Danny Kazandjian having taken up a similar role for the northern hemisphere with the International Federation, tribute has been paid to his efforts by European Federation chairman Maurice Watkins, MBE.

“Whilst I wish Danny all the very best in his new role within the sport with the International Federation, I and the board are very sorry to lose him from the European Federation,” said Watkins. “However with his skill set it is understandable why the RLIF saw his value as their first northern hemisphere general manager and we will still continue to be in regular contact with him.

“In his time at the helm, Danny has meticulously driven standards off the field to match the rising ones on it, enabling the sport to grow sustainably from a solid foundation of increased technical expertise.”

Watkins confirmed that Kazandjian has left a lasting legacy with the organization for his successor to pick up on. “Danny has a required grasp of due process and negotiation with over €1 million raised from public and private sectors where previously there had been no such funding, and was responsible for beginning important partnerships with the EU, UK Sport, Commonwealth Games Federation and SportAccord,” Watkins noted.
“Danny also wrote and implemented the RLEF 2010-17 strategy, creating vision and values for the federation, emphasising the need for domestic championships and technical coaching and match official education via a cluster system, which has seen a doubling of members with their own competitions and subsequent official government recognitions.
“He was at pains to put members at the centre of the RLEF’s work and created our annual membership audit ensuring greater compliance and transparency across the organisation, as well as being technical director for a number of key events from World Cup qualifiers to the now established U19s European Championships.”

With initial interviews having been undertaken, it is expected that Kazandjian’s replacement will be announced within the next week.