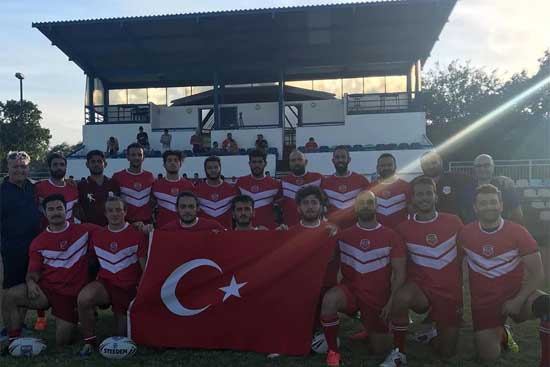 As part of the festival of rugby league surrounding the U19 European Championships in Belgrade, Turkey have won the inaugural Balkan 9s at the NCS, Makis.

In a dramatic climax, they defeated the hosts 14-10 three minutes into golden point extra time, after Serbia missed a conversion to win with the final kick in regular time.

Bulgaria won the bronze medal, defeating Albania 8-4 in what they described as, “our biggest victory so far.”

Serbian Rugby League general secretary, Slobodan Manak, is hoping that next year both Montenegro and Greece will be a part of the Balkan 9’s. “We took the opportunity whilst hosting the U19 Euros to invite regional teams to kick-start a tournament which should be an annual gathering,” he said. “Next time we are hoping to have all the Balkan nations competing in what should be a very quality championship.”

Albania were ranked fourth having defeated Bosnia and Herzegovina.

To give the teams more matches, but outside of the competition, an EU Barbarians team was formed consisting of players from Ireland, Scotland, Malta, Ukraine, Italy and Serbia and they defeated Bulgaria and Bosnia and Herzegovina.