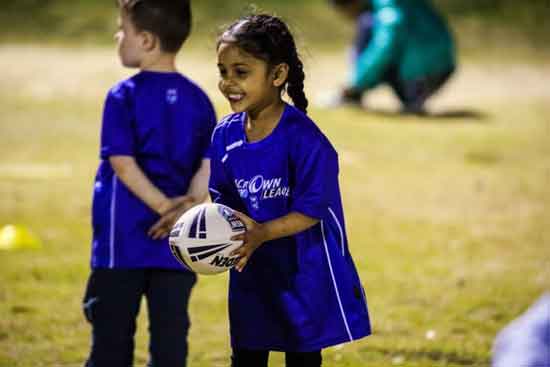 The New South Wales Rugby League (NSWRL) has launched a pilot 10-week Tackle Safe Rugby League program in Blacktown which has attracted 70 newcomers to the game, including more than 20 children of Indian descent.

“For the 20 Indian children from the Punjabi Language School, the program also provides a way to integrate into the local Australian sporting culture and community,” Downey said.

“Our participation research also shows us there is interest in the community in other options to be involved in the game outside of the traditional season-long weekly competition structures.”

Downey said the Blacktown City Council is very supportive of the program, having been involved with the NSWRL during the planning and development stages of the initiative.

If this program is successful, the NSWRL will look to run a similar program in the Chatswood area for the Chinese community.

Already there are several children of Chinese heritage playing Rugby League for the Willoughby Roos, and in other Rugby League clubs.