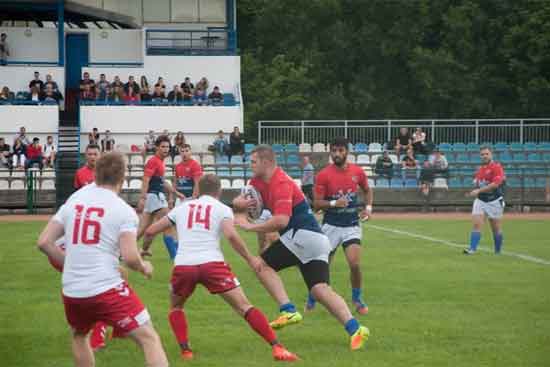 England’s Lions and hosts Serbia have named their squads for the U19 European Championships, to be held at the Makis Stadium, Belgrade from 5-11 August. The winners go through to the semi finals and the losers play in ranking matches.

Sixteen community clubs are represented in the England squad, Leigh Miners having the most included with four, head coach Allan Coleman commenting: “It’s been really difficult picking this year’s U19s squad. So far training has gone well, and the players are really settling in together.”

“We know what lies ahead with the European Championship, it will be the toughest competition these young players have played in. They are certainly looking forward to it, it’s a chance for these lads to show everyone the ability and quality they have.”

A final training session will take place this Saturday before the England squad depart for the tournament early next week.

Their first up opponents, Serbia, are currently in boot camp in Karataš, at the facility of Serbian Ministry of Sport. Under new coaching duo Neil Bijorac and Brett Davidson, they have picked a cosmopolitan squad with four Belgrade sides making up the bulk, and five of players of origin flown in from Australia to add greater experience.

“The players and coaching staff are very happy with the continuing improvement,” said Bijorac from the camp. “The team has come together, all the boys are pushing themselves in all aspects of their training and are looking forward to representing Serbia with pride, especially in front of a passionate home crowd. We see this as a beginning.”