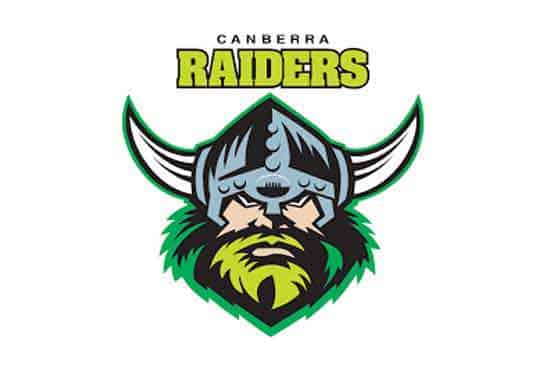 Just as the 2018 World Cup in Russia was marred in VAR controversy, now it’s the turn of refereeing in the NRL to come under intense scrutiny. Nothing new in this, many will say, although this time the volume and frequency of the complaints is at a level seldom seen before, largely because refereeing incompetence looks like directly ending a team’s season.

To kick off, there was the shambles that was the Sharks v Raiders game last weekend, which included one of the worst refereeing decisions (or non-decisions) ever seen, and which looks likely to have cost Canberra a spot in this year’s finals.

The shocker occurred when the Raiders had managed to cut Cronulla’s lead to just 4 points after trailing by 16 earlier in the match. During a Cronulla set, touch judge Ricky McFarlane raised his flag for a knock-on, and referee Gerard Sutton looked as if he was about to blow his whistle. However, for some reason he didn’t, but the movement was enough to momentarily halt the Raiders players, who could then only look on as Sione Katoa scampered away for a try. To compound the error, the try was referred to the Bunker (the NRL’s own version of VAR, and as just as controversial), but they somehow failed to notice the touch judge’s raised flag as well, and the try was allowed to stand.

As if this wasn’t bad enough, a splendid cut-out pass by the Raiders’ Joey Leilua that set up a try was called back as a forward pass when it appeared to be nothing of the sort. The NRL may well have apologised for the latest egregious refereeing errors, with senior referees manager Bernard Sutton admitting, “We did get that wrong,” but with most of the best betting sites now pricing the Canberra Raiders at 7-1 to make the finals, out from 4-1 before the Sharks match, just how crucial is it going to prove to be for their entire season?

This latest debacle has also increased calls for the video referee and the Bunker to be abandoned, coming as it does on the back of two other spectacular howlers this season. In the words of Raiders coach Ricky Stuart, “The bunker system’s flawed — it simply makes too many errors.”

In an early season game between the Storm and the Broncos, Billy Slater was awarded a try despite the player himself unequivocally stating that he had dropped the ball rather than kicking it, while in the game last weekend against Gold Coast, the Sydney Roosters’ rookie Sean O’Sullivan was adjudged to have cleanly grounded the ball for a try when it was clear to all and sundry — including O’Sullivan himself, but not, somehow, to those in the Bunker — that he had pushed the ball against the goalpost beforehand.

Then, later in the week, the seemingly never-ending controversy over refereeing was stoked even further — however, this time it was from a somewhat surprising source and in a rather unexpected direction.

Former Australia and Queensland forward Gorden Tallis suggested that as NRL clubs are hiring ex-referees to come in and teach players ways in which they can subvert the laws off the game, they are in fact as much to blame as anyone else for the confusion surrounding the way the game is refereed.

Tallis turned the usual argument on its head when he said in an interview that players and coaches had no right to complain about the standard of refereeing in the NRL when they are themselves “distorting the system” by employing ex-refs to come in and pass on tips to players about ways in which they can manipulate the rules.

His comments came on the back of referees’ boss Sutton’s email to clubs about an intended crackdown on players constantly attempting to slow down the play-the-ball. Tallis’ view is that clubs should stop complaining about the standard of refereeing when they are constantly and cynically attempting to undermine the rules and the spirt of the game by deliberately employing tactics like this.

The problem, of course, is that no-one seems very willing or able to come up with a workable solution in terms of improving the standard of refereeing. And few within the game are likely to agree with Tallis and to accept their own part in it. Players and coaches have since time immemorial sought ways in which to gain an advantage, by fair means or foul, yet have always had the loudest voices when things don’t go their way — or whenever they are caught.

But is there any incentive for the NRL to do anything, either about the standard of refereeing (or the clubs’ reactions to it) when profits, crowds and TV viewing figures are up? Tallis’ exhortation to, “just leave the referees alone…and stop coaching [the players] to break the rules” may be one that NRL clubs and players don’t want to hear, but it seems we’ve reached a point where that may be the only course that remains open. Nothing else seems to have worked.

That, of course, is scant consolation for Raiders’ fans, whose season has essentially been ruined by two refereeing decisions that absolutely should not have been allowed to happen.