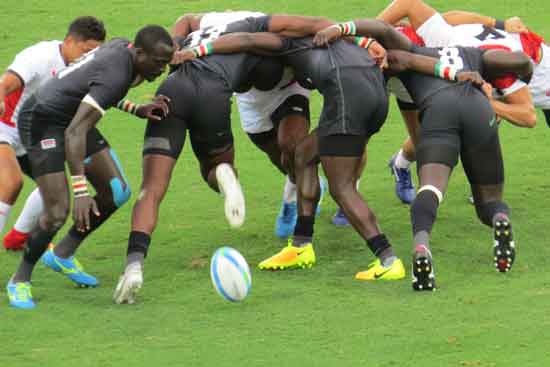 Yes, you read that right, eSports could very well be an event at the summer Olympics in 2024. Recent discussions with the IOC have lent more credence to the rumors that this could, in fact, happen which led us to beg the question; ‘what is wrong with rugby league?’

Soccer, volleyball, hockey, basketball; all are sports with professional leagues across the globe, and each is an event at the Olympics and has been for decades. Meanwhile, lovers of oddly shaped balls have to make do with the rugby sevens. Not a great sport it has to be said, but at least it is a genuine sport. So what’s the big deal with eSports and how on earth can it be considered a sport?

eSports as a professional game hasn’t been around that long, but in its brief history it has taken off in a big way. So much so, that there are professional teams making a serious living playing at live tournaments. The major leagues are predominantly based in Asia and to say it’s popular would be a massive understatement. At live tournaments held across the globe, players on pro-teams are considered celebrities and pose with fans for photos and sign autographs. A little like rugby league players do here and abroad.

The argument that the sport isn’t popular enough across the globe holds little weight. With leagues in Australia, France, here in the UK, across Europe, and even in Canada, there’s little evidence to prove that this is not a global sport. In this regard, both union and league are being beaten with the same stick. The IOC maintains that the sport must be a global one and that it must be popular. We challenge them to find a volleyball game as big as the NRL final or a major water polo contest in Ireland.

However, it seems there is method to the assumed madness of allowing sevens in at the Olympics as opposed to league or 15s union. And that is all down to the watching public. Apparently sevens is easier to understand, more exciting to watch, and with games only lasting fourteen minutes, it’s perfect for our short attention spans. Now, that’s according to the IOC and certain former union players, but we beg to differ.

As fans of real rugby, we’re quite certain that rugby league would be very easy to follow and much more exciting to watch than union or, dare we say it, eSports. And getting back to the world of video games, while most rugby fans have nothing against eSports or gaming in general, the fact still remains that despite the name they are not sports at all. Of course, they are popular on a global scale, but people playing Angry Birds or CounterStrike on their phones and laptops is not quite the same thing as fans going to matches rain or shine.

The massive success of the Rugby League Four Nations and the world cup should give the IOC pause for thought when they next consider their options when it comes to rugby at the Olympics. While league may not have the global draw of union in terms of TV ratings, if they are looking for a sport that is easy to follow and full of excitement then they’d do well to cast their eyes over rugby league. Great Britain for gold at the 2024 Olympics? Something tells us we’d have a better chance at league than we would at eSports.