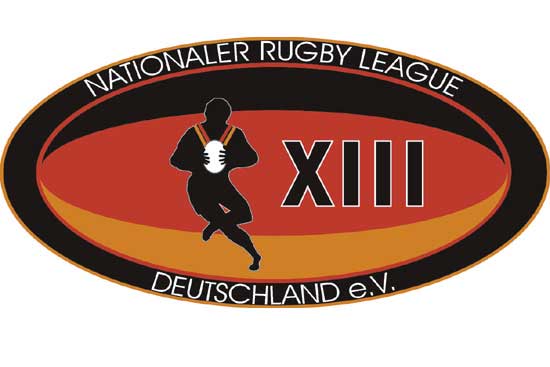 Following the completion of their domestic season – Moorteufel taking the 2018 title – the Germany coaching staff has named their squad for the 2021 World Cup qualifiers against the Czech Republic and Norway, and the annual Griffin Cup clash with the Netherlands.
The matches in European Championship C – North, will see them host the Czech’s in Osnabrück on 25 August, and travel to Porsgrunn on 15 September to face Norway. In the opening game of the competition, the Czech Republic defeated Norway, 20-12.

UK Super League Leeds Rhinos’ Jimmy Keinhorst, who has scored 18 tries and 15 goals in ten appearances for Germany, is the highest profile player named in the NRLD squad, which includes 12 newcomers and contains 19 of the group that beat Wales Dragonhearts 38-34 last October in Cardiff.

“The squad reflects the improved standards of our domestic Steeden BundesLeague,” commented joint coach Simon Cooper. “It also rewards players for their commitment to our sport both on and off the field.

“Against the Dutch, in Rotterdam on the first of September, we will only select domestic players, as we want to encourage the development of the game here. Last year we were beaten for the first time by our neighbours and that is something we are keen to rectify.”

The announcement of the squad came after Moorteufel from Karlshöfen – previously known as the Northern Devils – won this year’s Steeden BundesLeague, narrowly beating last year’s champions Ostwestfalen Warriors 26–20 in the final round of matches. Seven of the victorious side are in the international squad.

In a game of high intensity and played in almost tropical conditions, the outcome was in the balance until the final minute when Daniel Pearson scored by the posts to secure the silverware.

Bob Doughton, joint coach of the national team noted: “This year’s competition has shown a marked improvement in the standard of play, the lads are really beginning to understand the game. A massive thank you goes out to everyone who participated and made this year’s Steeden BundesLeague so successful.”

The curtain-raiser to the top-of-the-table encounter saw Green Hill Hunters (last year’s Grüner Jäger) secure a 22-20 victory over Ruhrpott Rhinos, also with the final play of a thrilling encounter.