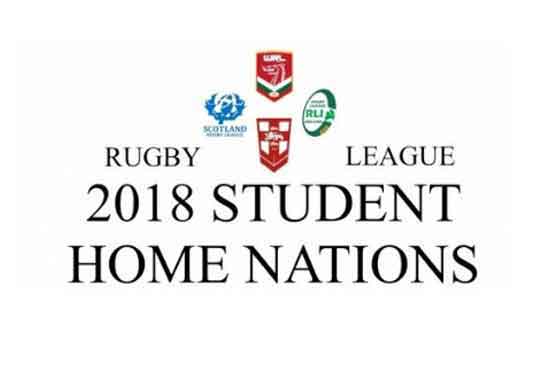 England had the perfect start to their tournament defence with a 40-point win over Scotland.

Scotland had England on the backfoot for the first five minutes and were unlucky not to take lead in this period. Douglas Chirnside was held up over the line and Nick Glohe was short before England were forced to concede a goal-line drop-out.

But Scotland mishandled from the first tackle after the kick, giving England their first attacking chance and they too were close to scoring, Jason Bass dropping a low pass as he was close to the line. Winger Lee Registe was also denied, pulled back after receiving a forward pass.

However England eventually took the lead on 14 minutes after Marcus Stock bustled his way over and Ben Stead converted.

They doubled their advantage from kick-off when Will Jubb went over from close range and Stead again adding the extras.

James Mason twisted round the post to ground with Stead’s goal bringing the score up to 18-0.

Scotland got a try back when Luke Punton finished off a good set of six and Matt Hogg converted.

But England soon addressed the balance when Bass set up Lewis Fairhurst to run over. Stead converted again making it 24-6 at the break.

Mason went over for his second and England’s fifth for an early second half score that Stead converted.

Scotland scored their second of the game through Jordan Duncan that Hogg converted but England were soon back on the board, Harry Chapman with try and Stead’s kick hitting the post.

Hogg would have felt unlucky not to have added a try to his goals after he intercepted a pass to run 60 metres and ground, but the referee called him back for offside.

Registe and Punton were both given yellow cards for their part in a brawl, giving both sides a bit more space for ten minutes, and it was England who made it count, their length of field set being finished off by Keiran Smith, who tapped the ball underneath the black dot.

And just before both sides were restored to full quote, Chapman scored a carbon copy try. Stead converted both and England led 46-12.

Alex Clegg’s try in the corner brought up the 50 which Stead again improved but Scotland’s Hogg finally got his try, a long range effort which he converted himself, to reduce the points difference.

However there was still time for Lewis Taylor to grab England’s final try with Stead adding his ninth goal.

Day two of the tournament is on Thursday at the same venue, Sardis Road in Pontypridd with England taking on Ireland at 2.30pm before Wales face Scotland at 4.45pm. Free entry for all fans.