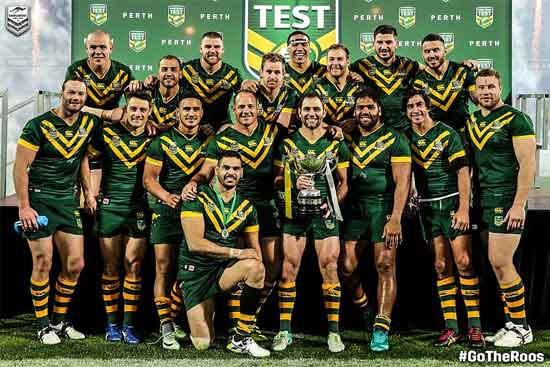 It’s funny isn’t it. The brouhaha following the World Cup that spilled over into the lead up to the Denver game centered on criticism of the NRL for not immediately drinking the kool-aid about growing the game internationally.

The social media trolls couldn’t wait to clamor on top of each other to take their shots.

The NRL was vilified ad nauseum and was accused of being a bunch of navel gazers more concerned about promoting the Australian game than expanding rugby league across the globe.

The whining was incessant.

Then we had the standalone ‘international’ weekend in June with the Pacific Tests, the Rugby League Football International Challenge in Denver and Game 2 of State of Origin and lo and behold the critics hit the pause button on their whining.

That lasted until Origin Game 3 was in the books and then the haters rebooted their trash talking. They labeled Origin as an Aussie thing that had run its course, didn’t appeal to anyone anywhere else anymore and suggested its popularity was waning. You’re kidding me, right?

Turns out nearly 10 million people watched this year’s series on TV and the overall crowd numbers were some of the best ever, so I think it’s fair to say that Origin is alive and well and might be around for just a bit longer.

In the wake of that, the NRL and Australian Rugby League Commission (ARLC) did something their critics have been accusing them of ignoring and released a four-year plan to grow the game internationally.

Wait, what? Those insular, non-internationalist folks running the game in Australia were proactively promoting the game’s expansion elsewhere?

Yes siree Bob, their international calendar includes the reinstatement of Kangaroo tours of the UK, Great Britain tours of Australia, Four Nations series in both hemispheres, a new Oceania Cup, England versus New Zealand series, Australia versus the Kiwis and an international nines tournament.

That’s a ton of stuff and it’s all to go on in the lead up to the 2021 Rugby League World Cup in the United Kingdom and beyond.

One could be forgiven for thinking the NRL/ARLC plan might have finally appeased those who have been complaining about them for so long, but no, it hasn’t.

Within an hour of the plan’s release, and that’s a conservative estimate, those same critics were at it again.

How dare those arrogant Australians make a decision without consulting everyone else. And by everyone else read the Rugby League International Federation (RLIF), RFL and New Zealand Rugby League and, oh yes, the trolls (as if anyone really cares what they think).

Not surprisingly one of the bones of contention again is Denver, and more specifically, the fact the mid-season England-New Zealand game wasn’t included on the calendar even though they’re slated to repeat the fixture in 2019 and 2020.

Here’s the thing though, all of this will be discussed this month when the RLIF hosts a meeting in Singapore at which all of the main players will have a seat at the table.

So, while it would seem all too easy for some to keep banging on the NRL, maybe it would be more prudent for those critics to stop with the complaints until we actually see what transpires in Singapore.