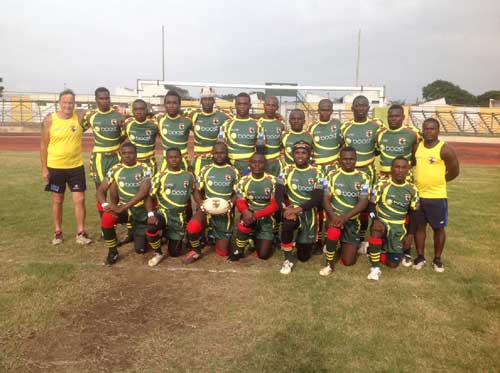 The next exciting phase of African rugby league development is poised to begin with the impending departure of Sam Leach to Accra next week. The newly-graduated Birmingham university student will take up his role as Rugby League Federation Ghana general manager on a nine-month contract, giving the pioneering West African country directional leadership for the first time.
Leach began playing the sport at university and can’t wait to start in his new role. “I’m really looking forward to working alongside the incumbent RLFG board with the aim of growing the sport nationwide across all age groups. I’m anticipating a hectic opening month, with the aim of getting an open age championship set up in Accra as soon as possible.”

Leach, who was appointed following interviews with an impressive batch of applicants, is the first in what the Rugby League European Federation expects to be a replenished supply of highly motivated young leaders to grow the Ghana operation, through its innovative university partnership scheme.

It sees leading UK institutions invited to support the federation through recruiting and facilitating the appointment of general managers over an initial five-year period. The RLFG board of directors suggested this approach in 2017 to ensure high calibre leadership in a country with no traditional ties to the sport.

“I’m eager to have the opportunity to make a positive impact on Ghanaian society through the medium of rugby league, especially via youth and school competitions,” continued Leach. “There are a number of contacts in Ghana who have very kindly stepped forward to help and I look forward to meeting them in person.”

In addition to creating a robust organisational structure and administering senior and youth championships, Leach will be seeking to confirm Ghana’s first official international before the end of the year, possibly against Cameroon or Nigeria.

RLEF Middle East Africa director Remond Safi said: “Sam is about to embark upon a real adventure. He has my full confidence and support that he will make a long-lasting impression on RLFG. There are a large number of players who have been introduced to rugby league there and Sam’s role is to provide the structure for them to be able to participate regularly and under the federation’s banner.

“He’ll also be dealing with board and government relations in addition to his leadership and development roles, so the opportunity for him is an immense one. I am really looking forward to seeing how RLFG develops under Sam’s leadership and wish him well.”