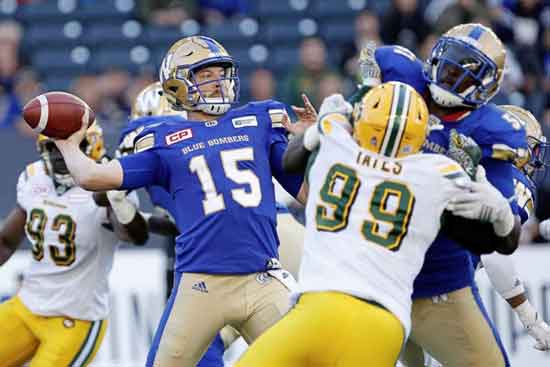 Since the conclusion of last year’s successful World Cup, the new focus has been on the need to expand rugby league globally, and more specifically, how to do that.

After prolonged debate, some of which was distinctly vitriolic, the game took an initial step forward on that standalone weekend in June when the Pacific Tests were played, along with the highly publicized Rugby League Football International Challenge in the American city of Denver.

Sure, the Pacific internationals were played in western Sydney as opposed to actually staging them in, oh I don’t know, Tonga and Fiji, but nonetheless they were played and that’s what really counts.

There was also another game played that same weekend between South Africa and Malta, albeit again in Sydney, although that one attracted much less publicity and subsequent fanfare.

What started all of this was the declaration by a number of coaches and players involved in RLWC2017 that the time was right to push for rugby league’s expansion to other parts of the world and to not do so would be to the game’s detriment.

England head coach Wayne Bennett summed up those sentiments best after the Denver Test saying, “if we don’t have a global product, we’re not going to have a product in 20 years.”

So, as rugby league wrestles with this one, it may or may not come as a surprise to some to know that a very similar discussion is underway in Canada about the future of the Canadian Football League (CFL).

In my opinion, it’s one of the best codes of football anywhere, period. I have always thought it’s a superior product to the NFL and here’s why.

Teams are limited to three downs instead of four in the American version, and that leads to a game with much more aerial attack. Instead of seeing running backs pounding the ball up the middle all day long, quarterbacks in the CFL air it out way more making for way more spectacular plays.

The Canadian field is longer and wider, there are 12 players aside rather than 11 as in the NFL, and perhaps more importantly, a game is all done in around two and a half hours because there are fewer flags thrown and it doesn’t take forever for officials to review video replays.

Not dissimilar to the NRL, CFL crowd numbers are increasing this year and the code’s TV ratings are also healthy, so for those looking on from outside the game would seem to be in a good place.

And while it is, like coach Bennett, CFL commissioner Randy Ambrosie has a longer-term view of how to grow the game.

Ambrosie, who was appointed in July 2017, thinks the CFL needs to look at where it is in the international marketplace.

The CFL expanded into the United States in the 1990s, but its lifespan was short, however, that’s not what Ambrosie is taking about. He’s thinking a lot broader than that, again much like rugby league’s expansionists.

He says North American-style football already has an international presence outside of Canada and the US, including in Europe, Japan, China and Africa and there’s no reason why the CFL shouldn’t capitalize on that.

“Our brand of football – with our wide field, lightning fast pace of play and high-octane offenses – deserves its place on the international stage!” Ambrosie told www.cfl.ca

“There is an opportunity here to reach millions of new fans and, in the process, deliver the meaningful international broadcast or streaming agreements that can help build a bigger, stronger, better CFL.”

He suggests one way to do that is to attract international players from outside of Canada and the US.

“Perhaps we encourage more CFL coaches to share their expertise and guidance with established and fledgling leagues abroad,” he continues.

“Or we hold combines on other continents in search of great athletes with the potential to develop into excellent football players. Or, one day, we reserve spots on our rosters for ‘global’ players.

“Or we could stage some pre-season games on foreign soil to expose and promote our fun and exciting version of professional football. Or we do all of the above.”

As you can see, rugby league and the CFL share similar goals so how good would it be to see both codes succeed in growing their fan base and become bigger than what they are.