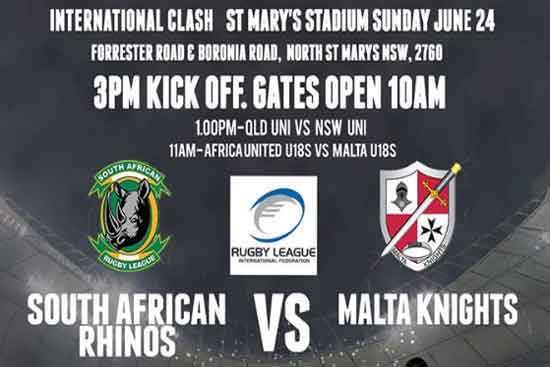 South Africa will be looking to build towards their 2019 RLWC qualifiers when a heritage based squad mixed in with players from the local South African competition take on Malta in Western Sydney this Sunday.

The Rhinos last took part in the Rugby League World Cup back in 2000 and it’s been slim pickings since.

Sunday’s international against Malta at St Mary’s Stadium (Kick-off 3pm) will be the start of developing a wider talent pool for the Rhinos who have previously relied on players from their local competitions only.

A live stream is organised for the match which will start 5 minutes before kick-off. The stream can be viewed at https://www.facebook.com/MALTARL/