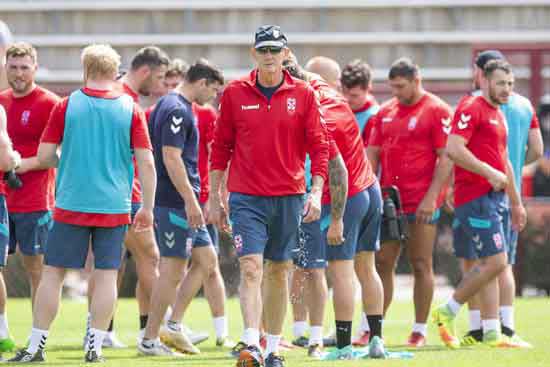 England head coach Wayne Bennett has named two debutants in his side to face New Zealand on Saturday in Denver, kick off 9.10pm (BST).

Hull FC’s Jake Connor and St Helens’ Tommy Makinson have been named in the team for the mid-season Test in Denver, Colorado.

The squad includes twelve players who lost out to Australia in the World Cup Final last December whilst captain Sean O’Loughlin, Mark Percival and Stefan Ratchford were also part of the World Cup squad. St Helens prop Luke Thompson is the unfortunate player to miss out. Wigan half back George Williams has been ruled out due to a knee injury.

St George-Illawarra Dragons prop James Graham will make his 40th England appearance almost 10 years to the day since his first England appearance against France in June 2008. Of the current squad, James Roby and Sam Burgess also played in that game. Graham also has five caps for Great Britain.

26-year-old Makinson made his St Helens debut in 2011 and earned a deserved call up to the England Knights squad in 2013 following a prolific run of form for his club side. He has missed just one game this season for Saints, running in six tries for the current Betfred Super League leaders.

Jake Connor, 23, has been one of the outstanding players for Hull FC this season since his move from Huddersfield Giants. An ever-present for the black and whites, he is set to make his international debut having been promoted from the England Knights Performance Squad.

England v New Zealand will be played at the Sports Authority Field at Mile High, Denver on Saturday June 23 and fans in the UK can watch live from 9.10pm (BST) on BBC Two.