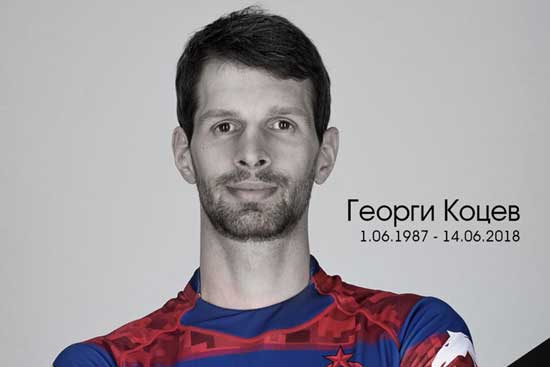 It is with considerable sadness that the Rugby League International and European Federations have been made aware of the tragic passing of Georgi Kocev. The 31-year-old, who played for Bulgaria in the 2017 Balkan Championship, was training with his club side CSKA Moscow when he suffered an apparent heart attack.

Medical assistance attended but doctors could not revive the back rower, who moved to Russia for work three years ago and was a regular in the CSKA ranks.

The club and his team mates have been devastated by the news and Czech Republic and Norway players stood in a minute’s silence in tribute prior to their 2021 World Cup qualifier at the weekend.

RLIF CEO Nigel Wood commented: “We received the news with considerable sadness. Results are put into perspective when a life with such promise is taken so prematurely. As a sport we will do all we can to support those at CSKA and Georgi’s family.”