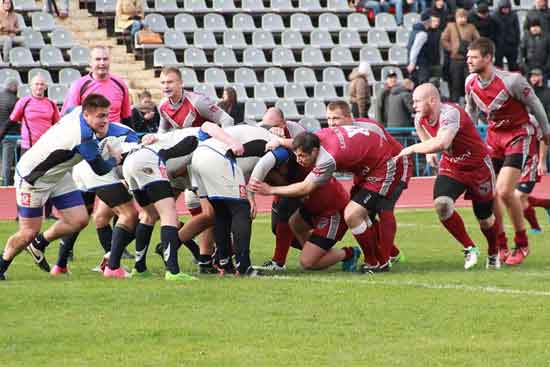 The Southern half of European Championship C, which also doubles as a qualifier for the 2021 Rugby League World Cup, kicks off at the end of the month in Marsa, Malta.

They will host Ukraine on 30 June in a group which also includes Greece. It will be the first time Ukraine has played against either nation, while Malta and Greece will renew their rivalry having met twice before, both in Malta with a victory each.

“Playing at home first means we have the advantage of attracting a big crowd and hopefully pushing towards finishing top of the South pool and the play off with the winners of the North,” said Malta Rugby League official Jean Pierre Zarb. “It is going to be an enormous occasion for our country especially as it will be the first time Marsa Sports Complex has hosted a World Cup qualifying match in any sport.”

Favourites are Ukraine, the only full member in the competition even though they are currently ranked beneath their opponents. Their domestic competition is considerably more evolved than Greece’s, while Malta is rebuilding its footprint.

In six matches at this level, Ukraine has never lost and they will expect to do better than their only previous tilt at World Cup qualifying, which came in the 2014-15 European Championship B, when they lost all six matches.

“Getting into the Rugby League World Cup would be a historic step for our development,” said president of the Ukrainian Federation of Rugby League Artur Martyrosyan. “We have had it as one of our general aims for a long time and feel as though we have an excellent opportunity to progress. We are all hoping that, ultimately, we can compete at England 2021.”

Greece play their matches on consecutive weeks in September and GRLA interim president George Stilianos equally expects attachment to the World Cup to provide a major boost. “We are very excited to be participating for the second time ever,” he commented. “Our domestic players have gained some valuable experience over the last 12 months with internationals against Bulgaria and Serbia and, more recently, with three of our club teams taking part in the Balkan Super League.

“World Cup qualification would be unprecedented and help raise our profile here. It would also be a great reward for the players that have worked so hard over the years. it’s a great motivational tool for us all, an ambitious target that we can now work towards.”