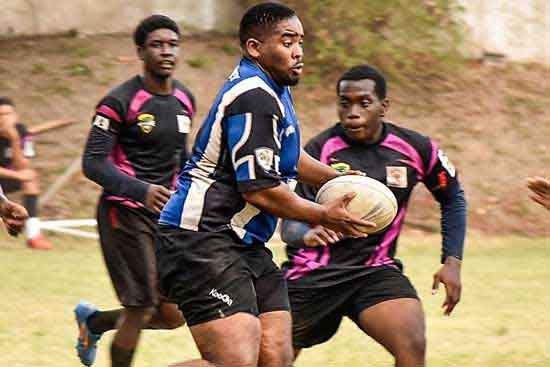 The RLATG National Club Championship (NCC) kicks off on Saturday June 9, with Six teams vying for rugby league supremacy in Jamaica. The League is in its 13th year and promises to be another exciting season of action packed rugby league. Naming rights to the competition has been picked up by rugbyleaguearoundthegrounds.com, a media website dedicated to the coverage of rugby league globally.

Six teams will again contest the Championship that culminates with the Grand Final on September 15. They are defending champions Duhaney Park RedSharks, Liguanea Dragons, Washington Blvd. Bulls, The Jamaica Defence Force, Spanish Town Vikings and GC Angels. After 10 grueling rounds, the number one and two seeds will go straight to the semi-finals while seeds 3-6 will play in eliminator style matches to determine the opponents for the two top seeds in the semis.

On Saturday June 09 at Up Park Camp, Liguanea faces Spanish Town at 1pm, Duhaney Park battles Washington Blvd. at 3pm and JDF goes up against GC Angels at 4:30pm

Director of Rugby Romeo Monteith is expecting another competitive season:
“The RedSharks have won 3 straight titles and I know the other teams are closing the gap. We are expecting some exciting battles throughout. It’s a big year for the boys as selection to the World Cup qualifying squad is also at stake for the players, so everyone will bring their A game. In addition, there are still many opportunities for sponsors to come on board this premier competition.”