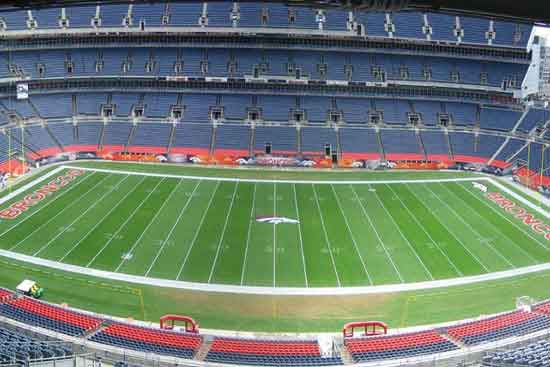 There is renewed optimism for the future of international rugby league following calls by the NRL, Rugby League Players Association (RLPA) and club representatives to improve the process of sanctioning international matches in the wake of this month’s Test in the United States.

The Rugby League Football International Challenge featuring England and New Zealand is set to be played at Sports Authority Field in Denver on Saturday, June 23.

The game was initially approved by the Rugby League International Federation (RLIF), which sparked concerns from the NRL and RLPA about the scheduling of it, as well as potential health effects on players from the long-haul flight to the US.

In an email to the new RLIF boss Nigel Wood, NRL CEO Todd Greenberg pointed out the RLIF’s decision to sanction the Denver game in this window would undermine steps the NRL has taken to protect players, clubs and the competition.

“It will undermine the integrity of the competition by weakening club rosters in Round 16 (following the Test) and it will expose players to heightened injury risks in circumstances where they elect to play for their NRL clubs as little as two days after returning from Denver,” he wrote.

However, both organizations are optimistic that the sanctioning process will be improved and that the international game will benefit from the whole Denver process because now there will hopefully be a clear protocol applied to the sanctioning of games that will bring along all stakeholders through effective communication.

This will assist in locking in these games in the future and make them more successful, plus NRL clubs won’t be as reluctant to release players if they are informed of and engaged in the process.

The Denver game was first proposed during last year’s Rugby League World Cup, by which time the NRL’s 2018 draw had already been finalized.

That prompted the NRL and RLPA to question the scheduling of a Test overseas mid-season because of concerns about travel and having the right processes in place from the start, particularly as some players could be required to front up for their NRL clubs for games on the Thursday after getting back from Colorado on Tuesday, giving them just one clear day to prepare.

Or in some cases, players could be forced to sit out Round 16 altogether which would weaken the NRL competition.

International rugby league hasn’t dealt with these things before now, so consequently there’s no example of best practice protocols for players playing overseas, getting on a long-haul flight and then backing up for their clubs just days later.

Despite that, however, the RLPA is supportive of players who want to represent their countries and is ensuring they are fully aware of the potential injury risk factors as part of their decision-making process.

The association understands the importance of growing the international game and what it means for players to represent their country.

The RLPA points to a collaborative approach taken by England and New Zealand in recent months, resulting in a lot of their early concerns being addressed.

It acknowledges that both nations deserve credit for working through those issues and that they have positive views about how all parties can work together in the future on the back of this process.

The only real concern is the scheduling process, which the RLIF can address by having a clear protocol when applying for internationals to be sanctioned because, at the moment, that doesn’t exist.