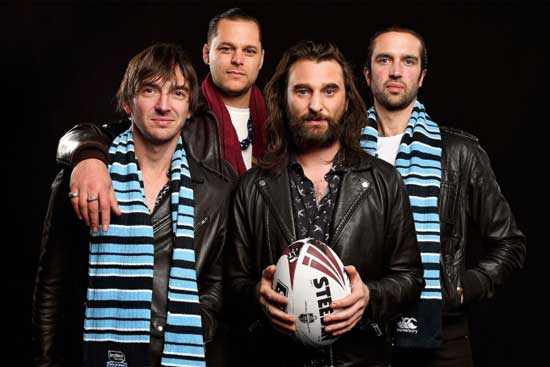 Australian rock band Jet will headline a pre-match spectacular prior to Holden State of Origin II at ANZ Stadium.

The Aussie outfit, currently touring the country performing their classic ‘Get Born’ album live, will perform their up-tempo brand of rock before the standalone Sunday night Origin match, on June 24.

“We’ve got a great show planned for this unique Sunday night Origin timeslot.”

Jet will belt out some of their classics as part of a trio of alternative Aussie acts on the night. Also performing will be The Rubens and Kingswood.

“We’ve played in front of this sort of crowd before but this will be different,” Jet frontman Nic Cester said. “It’s a whole different atmosphere and we’re really looking forward to it. It’s such a huge scale.”