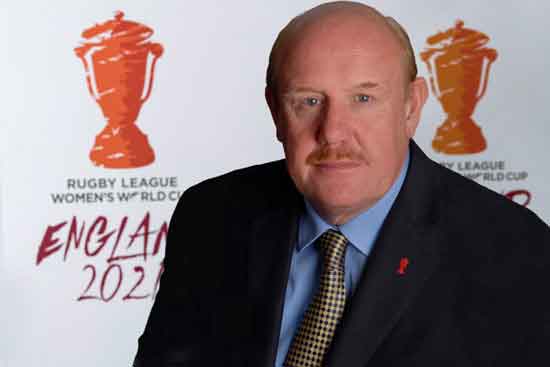 The Rugby League World Cup 2021 (RLWC2021) has announced the appointment of Brian Barwick as the tournament’s Chair of the Board replacing Nigel Wood. Chris Brindley and Karen Moorhouse will also join the board.

Brian Barwick is currently Chairman of the Rugby Football League (RFL) and Super League Europe and was formerly CEO of The Football Association. Barwick chaired the successful bid for the tournament and has been a director of the tournament since its inception. As Chair of the Board for RLWC2021, Barwick will play a role in ensuring the tournament achieves its ambitious targets including delivering an inclusive, diverse, innovative and impactful Rugby League World Cup.

Chris Brindley is a leading conference speaker throughout Europe, particularly on customer experience and innovation. Brindley is a Non-Executive Director of the RFL.

Karen Moorhouse is a director and company secretary of the RFL and is the organisation’s Director of Operations and Legal. Karen is a qualified solicitor having read law at Cambridge University graduating with a First-Class Degree (whilst also gaining a Blue for rowing).

New Chairman, Brian Barwick, said: “I am honoured to be Chairman of such a bold and brave project and will ensure no stone is left unturned in delivering the biggest and best ever Rugby League World Cup and leaving a lasting legacy for the sport. I am delighted to welcome Chris and Karen onto the board and very pleased with the significant progress that the tournament has made in laying solid foundations for the months and years ahead”.