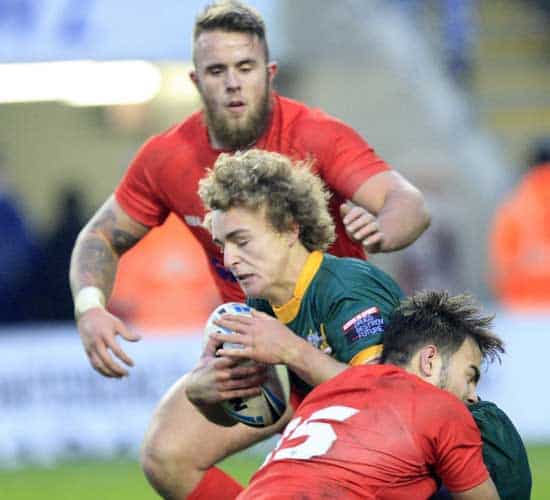 Leeds Rhinos and Wigan Warriors lead the way with six players selected from each club, whilst St Helens have four players named and the City of Hull Academy have three.

Widnes Vikings and Huddersfield Giants both have two players selected, with Warrington Wolves and Castleford Tigers providing one representative.

Four players who played in the 2017 Academy test series against France, Cameron Scott and Jack Brown (City of Hull Academy) and Harry Smith and Joe Shorrocks (Wigan Warriors) are included, all other players named are debutants.

Dave Elliott, who previously coached the academy side between 2010-2012 and led them to a historic victory over the Australian Schoolboys in 2010, returns as Head Coach.

He will be assisted by James Ford, Head Coach of Betfred League 1 side York City Knights and former England and Bradford Bulls player and current London Broncos assistant coach, Jamie Langley, who both join the England Academy set-up for the first time.

The Academy squad will also take part in two Lancashire v Yorkshire ‘Origin’ games at the Provident Stadium (Saturday, July 28) and Victoria Park, Warrington (Sunday, September 2), before the Yorkshire Division take on the Australian Schoolboys at the Mend-A-Hose Jungle (Wednesday, November 28) and Lancashire also come head-to-head with the visitors at the Manchester Regional Arena (Saturday, December 1).

The National Performance Squad will meet several times over the course of this year before a final squad to face France and Australian Schoolboys will be selected in Autumn 2018.