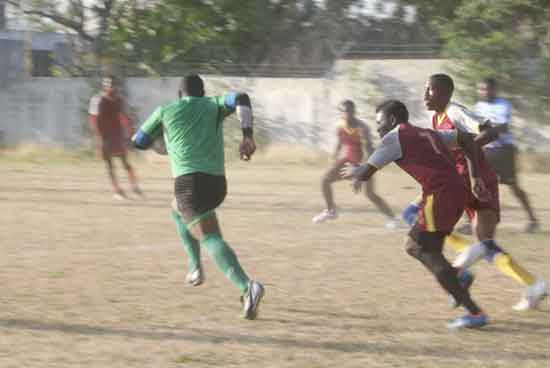 The Lions were brilliantly led by Finals MVP Mikel Facey whose play making skills was the difference between the teams. Facey also managed to bag himself a try; he was well supported by winger Adrian Thomas who got a hat-trick. GC’s other points came from Adam Morris with a try and Adrian Thomas who kicked two conversions.

National player, Owen Linton, scored Exed’s only try of the day. Exced had several opportunities to put points on the board, however, poor handling skills on the final passes was their main undoing. Nothing seemed to work for them and their afternoon was summed when Chevaughn Carter dived over the line for a sure score in the second half, only to have the ball fall from his hands as the grounding was attempted.
Third Place Game

Mico University College Crocs claimed third place with a solid 38-16 victory over the University of the West Indies Pelicans. Delano Smith top scored for Mico with 2 tries while for UWO, Michael Pearson grabbed 8 points through a try and 2 conversions.