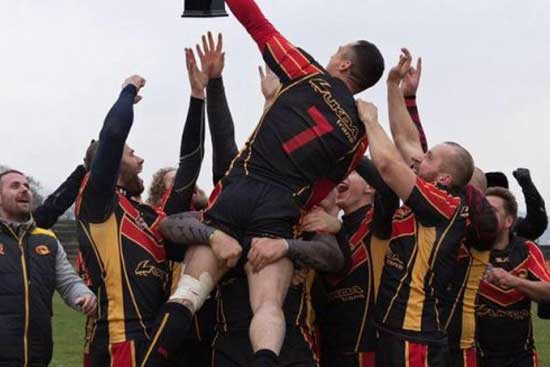 The Czech Rugby League division one season has kicked off with double defending champions RLC Dragons Krupka defeating promoted Orli Havlickuv Brod 42-6. In the other match, newly combined Lokomotiva Beroun/Vrchlabi Mad Squirrels succumbed to 2017 runners-up Slavia Hradec Kralove 42-14. The four team league will see each side play the others home and away, with semi-finals and a Grand Final to follow.
The Dragons warmed up for the season with an appearance in the Rotterdam 9’s tournament, whilst Slavia Hradec Kralove claimed the annual pre-season CZRLA 9’s tournament, which again featured a Hungarian Army Academy side.

The Czech second division will feature six teams – Chrudim Rabbitohs, Hodonin Black Angels, Mikulov Roosters, Jilemnice RL, Trutnov RL and, significantly Hungarian team Budapest RL – playing each other once with the aim of increasing the number of 13-a-side games played in 2018. It is also planned that resurrected Pardubice Jets and newly formed RL Letohrad will play friendly matches this year.

The Czech U18 championship will once again feature 2017 champions Vrchlabi Mad Squirrels, RLC Dragons Krupka, Slavia Hradec Kralove and Orli Havlickuv Brod playing on a home and away basis, and in a bid to further drive junior participation in the sport, 2018 will see the introduction of an informal U15 touch championship featuring up to eight clubs.

The CZRLA AGM saw Lukas Hergott elected as president and the board welcome Tomas Douda and Pavel Mejstrik. Hergott stated: “I am honoured to have been elected as the president of CZRLA and look forward to an important 2018 season as we not only focus on domestic growth, in terms of numbers and playing level, but also our national side playing in World Cup qualification for the first time.”