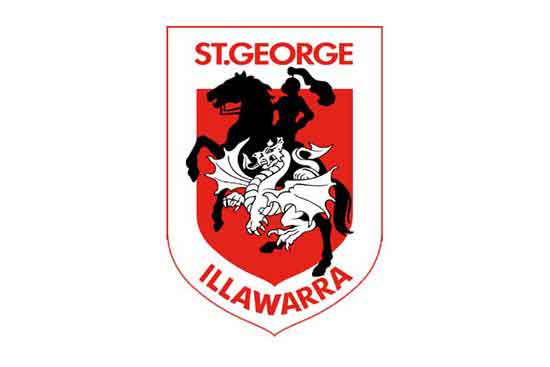 St George Illawarra Dragons have made a blistering start to the 2018 NRL season, with Paul McGregor’s side playing an exciting brand of rugby league once again.

There will be hope that St George can continue this form late into the season, particularly after last season’s failed attempt to secure a place in the finals and a shot at competing for the NRL Premiership.

2018’s blistering start has led St George to a similar position they found themselves in just 12 months ago, amongst the frontrunners in the NRL. Some shrewd off-season recruitment, including English front row forward James Graham, has added some spice to McGregor’s side, who are superbly led by another Englishman, Gareth Widdop.

Widdop has started the 2018 in superb fashion, once again proving to be the creative cog to guide St George around the field from the halves. The 29-year-old enjoyed a fantastic 2017, scoring and creating tries, before heading off to the World Cup, where he was excellent for England at both six and in a full-back role.

The England international captains the Dragons from his half-back role, and ultimately, it will fall on him and McGregor to find a way of preventing their side falling away in the race for honours later in the year. Currently, the Dragons are priced at $5.50 with rugby league betting markets to win the 2018 Grand Final.

The start the 2018 has almost been a mirror to the start the Dragons made in 2017, with McGregor’s side setting the pace. Melbourne Storm eventually took control of top spot, with St George falling away at an alarming rate during the middle part of the season, eventually dropping out of the top eight in Round 22 and never recovering.

Beauty of a kick from Gareth Widdop ?

That finish was pretty impressive too!pic.twitter.com/oUC71Y5dpl

Even then, St George only finished two points behind the North Queensland Cowboys, who were eventually beaten by Melbourne 34-6 in the Grand Final. Last season’s finalists are bound to be challenging once again, as well as a host of other clubs, who despite not starting as well as St George, will still fancy their chance of competing.

This year, Widdop and McGregor will be key to keeping the Dragons focused, but it is hard not to highlight the role that James Graham will play following his arrival, as the England front row has so much experience under his belt. The ex-St Helens and Canterbury prop is a leader within St George’s side and is bound to be helping his international teammate out, albeit from a different position.

That leadership that Graham brings is another big reason why St George moved to sign him in the off-season, as his experience will be key to righting the wrongs of last year.

It has been a fine start to the season for St George Illawarra. However, despite finding themselves as favourites for the NRL Grand Final at an early stage of the season, those that were part of their camp last year will not be getting ahead of themselves.

There is a lot of rugby to be played and Widdop needs to be keeping the Dragons grounded for now.