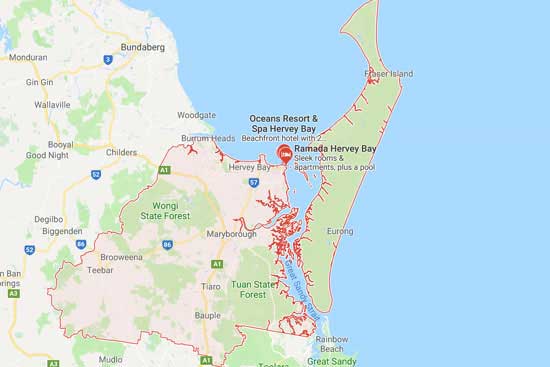 The Queensland Rugby League has today confirmed the staging of the Maroons Fraser Coast Fan Day, where supporters from the region can meet their Origin heroes before the final game of this year’s Holden State of Origin Series.

As part of the game’s ongoing commitment to rural and regional communities, the QRL is partnering with the Fraser Coast Regional Council to bring the state’s flagship team to Hervey Bay on Tuesday, July 3.

Fans from the Fraser Coast region will be able to meet their favourite Maroons in a free community event at Seafront Oval, before the focus turns to a corporate lunch where funds will be raised for local rugby league.

QRL Managing Director Robert Moore said it was shaping up to be a terrific day.

“We’re thrilled to be able to take the Maroons to such a beautiful part of Queensland and a region that is steeped in rugby league tradition,” Moore said.

“These events create an enormous amount of community goodwill and provide a legacy for our local rugby league clubs and leagues.

“The Fraser Coast Regional Council is committed to making this a special occasion for all and we extend our appreciation to everyone involved.

“I would also like to acknowledge the commitment of the Queensland players and their willingness to embrace so many fans across the state before and after games.”

Moore said the visit could lead to a surge in junior participation numbers.

“Last year, we saw a seven per cent increase in numbers with the Fraser Coast Junior Rugby League with 717 registered players,’” Moore said.

“Numbers are presently tracking behind that figure, but we hope this exciting news and the upcoming visit from Kevin Walters and his team will provide a substantial boost.”

Events and Recreation Portfolio Councillor Darren Everard said it couldn’t get much better than a visit from the mighty Maroons during the State of Origin Series.

“The visit will give Fraser Coast league a real shot in the arm as well as giving all of us a rare opportunity to meet our heroes in the flesh,” Cr Everard said.

“It doesn’t matter what sport you play, it is always a pleasure to meet elite athletes, and an even greater pleasure if they are an award-winning team that is beating New South Wales.

“I hope everyone takes the opportunity to meet the team.”

Last year’s fan day in Mackay attracted thousands of enthusiastic supporters, who lined the streets in the city centre.

About the Fraser Coast:

The Fraser Coast is a mix of stunning landscapes, islands, cities and towns.

From Fraser Island – the world’s largest sand island to the heritage streetscapes of Maryborough; from the rich farmlands of Tiaro, to the sheltered waters of Hervey Bay, one of Australia’s most popular beach destinations, from old mining villages to peaceful seaside retreats set on the shoreline of the Great Sandy Strait.

The Fraser Coast sits within the Great Sandy Biosphere, which is part of a world network of Biosphere Reserves.