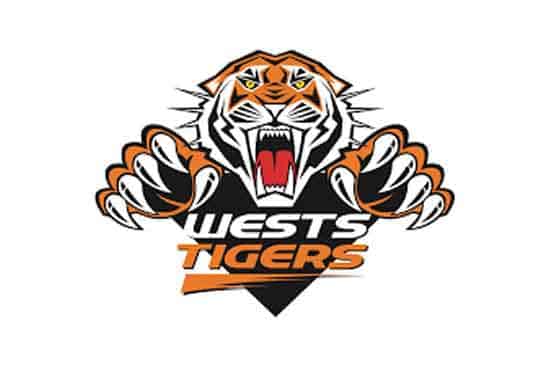 Unpredictability has gripped the NRL at the start of the 2018 season and round two served up plenty more shock results. Little has gone to script so far and the premiership race looks wide open as the pre-season favourites continue to falter and last season’s underachievers display phenomenal form. Here are five things we learned from round two:

Wests may just be the real deal

When the fixture list was released, everyone expected Wests to begin the season with back-to-back defeats and sit bottom of the ladder. After all, they had to start their campaign against the premiership favourites, the Roosters, followed by the defending champions, the Storm. But they stunned everyone by beating the Roosters in the opening round, and they sprung another surprise in round two, spoiling Billy Slater’s 300th game celebrations with a last-ditch Luke Brooks try.

Surely they have to be taken seriously as a contender for glory now? They have defended with extraordinary grit and energy, and if they keep it up they will be a force to be reckoned with. Looking at the latest odds on the Grand Final winner you can see that the Roosters still lead the betting, while the Tigers are $34 underdogs, but Ivan Cleary has inspired Wests to some great performances and he insists they can still improve, so they look like interesting dark horses.

Warriors continue to defy the odds

Many tipped the Warriors for the wooden spoon this year, but they are now sitting pretty at the top of the ladder with two wins from two. The New Zealand outfit proved their opening day win against Souths was no fluke as they capitalised on Ash Taylor’s absence to beat Gold Coast 20-8. Roger Tuivasa-Sheck and Shaun Johnson were brilliant, while Tohu Harris and Peta Hiku also impressed.

They have a tight-knit group of players and there is every reason to think they can maintain their superb start to the season in the weeks ahead. It is their best start since 2009, and if they go 3-0 against the Raiders next Sunday, they will have enjoyed their best ever start to a season.

Kalyn Ponga is the highest paid teenager in rugby league history after signing a $3.5 million deal with Newcastle, but he has already repaid a heap of that fee. It is looking like the deal of the century right now after Ponga powered the Knights to a second straight victory to leave them at the top of the ladder alongside the Warriors, Panthers, Dragons and Tigers. Who would have predicted that those five teams would all enjoy a 100% start to the season after two weeks? Ponga delivered another dazzling performance to inspire his team to a 30-28 victory over the Raiders at the weekend. He played with remarkable maturity for a 19-year-old, showing fantastic ball playing skills, setting up two tries and displaying excellent accuracy with the boot.

Viliame Kikau is a wrecking ball

The hulking, 120kg, 6’5 Fijian prop was the catalyst for the Panthers’ sensational comeback win against Parramatta. His team looked to be in trouble at half-time, but Kikau turned the game on its head with a blistering performance after the break. His 43rd minute try was brilliant, and he continued to torment the Eels throughout, ending the game with five tackle breaks, two linebreaks, an offload and a linebreak assist, plus 70 metres from his eight runs. He starred for his country at the World Cup and is likely to be a fixture on fantasy teams this year due to his high impact game. The Panthers are $12 to win the Grand Final and that looks like an interesting set of odds, as the three frontrunners in the betting – the Roosters, Cowboys and Storm – have all tasted defeat, but the Panthers are unbeaten and playing really well.

Another emerging star is Broncos prop Tevita Pangai Junior, who was a real colossus in Brisbane’s win over the Cowboys. The Broncos were under real pressure after a round one horror show, and many expected them to be annihilated by the Cowboys. North Queensland had won their opening game with ease and had subsequently been installed as Grand Final winner favourites. But they were unable to deal with the power and energy of Pangai Junior. He scored a try and was a defensive rock as Brisbane survived a late barrage to hold one for victory. The 22-year-old has now really arrived in the NRL and he will ensure the Broncs remain competitive in the weeks ahead. Nobody expected the Broncos to win this game, but ultimately round two showed that you should simply expect the unexpected in this weird and wonderful NRL season.